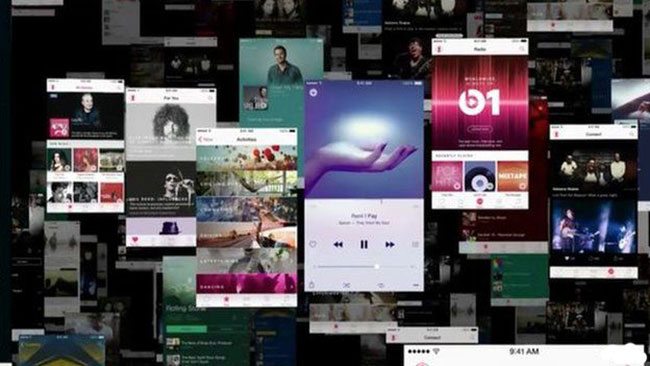 As we reported last week, the service, which is set to challenge Spotify, Tidal and other apps will include a recommendation system that uses both human curators and computer algorithms to suggest tracks.

Apple’s Music app will allow users to stream songs from its iTunes music library
“A lot of people in the industry see the launch of the music service as a big deal, and their hope is that this will help take subscription-based streaming mainstream,” commented Chris Cooke, from music industry website Complete Music Update

“Apple already has a large user base, which has handed over its credit card information and is already buying music. Everyone is hoping that Apple can now take streaming beyond the early adopters.”

The service will include access to the Beats One radio station, featuring the ex-BBC Radio One DJ Zane Lowe among other big name sign-ups.

“Apple is arriving late to the music streaming business, due in part to Steve Jobs’ refusal to believe that music subscription services would ever work,” said James McQuivey from the Forrester consultancy.

But he added that he believed the firm would be able to catch up with Spotify’s paid subscriber base in less than a year.

“Not because its service will be any better – but because it can build its new music service into the hundreds of millions of devices that its loyal Apple users already love.”