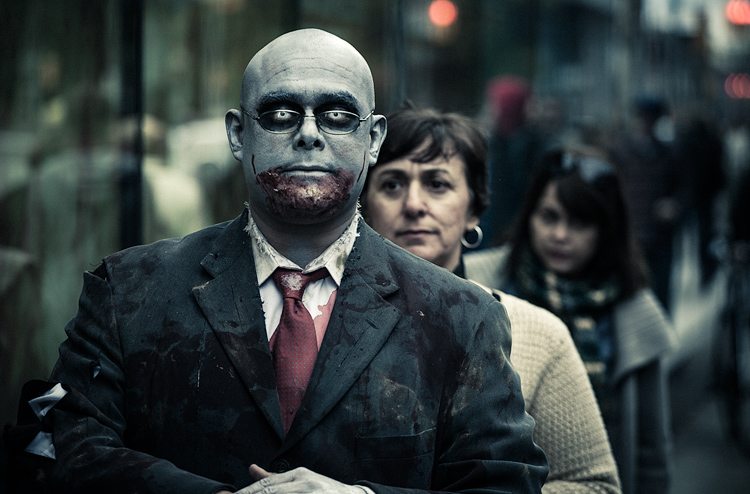 Zombie companies are labelled as businesses that may have been insolvent on an assets vs liability basis, but are able to survive on cashflow alone, partly because of low interest rates.

Added to this, many banks are allowing these ‘problem’ companies to have capital repayment holidays, in order to ease the pressure and prevent – or perhaps just delay, a forced liquidation.

For the past few years, many in the turnaround profession have warned that insolvency numbers should be far greater than the official figures indicated. They felt that companies were being kept alive artificially – propped up by banks’ lenience on repayment and low interest rates. Yet recently, a number of commentators have shifted their position on this, indicating that some companies once classed as ‘zombies’ were actually doing better than first thought.

It has been suggested that the zombies’ behaviour was less a sign of weakness and surviving on kindness from the banks, but instead their prudence in controlling costs and avoiding expansion in difficult market conditions.

It was generally assumed that once interest rates rose, there would be a huge surge in insolvencies as these zombie companies inevitably folded. Experts thought that this surge would indicate just how many companies had been struggling to stay afloat since the recession’s full effects were felt. However, insolvency rates have been falling consecutively each quarter with no signs of picking up. In fact, insolvency figures are now at their lowest since 2005.

The steady and sustained falls in corporate insolvencies show the economy is resilient, and possibly rebounding. If this is the case, could it mean that the companies we once considered as having no hope of returning from the dead are not merely surviving, but thriving?

Every year, thousands of SMEs fold because of the lack of financial support and expert advice. Last year alone, over 16,000 UK businesses were declared insolvent. Research carried out by R3, the insolvency trade body, indicates that there are 160,000 ‘zombie’ companies operating in the economy, unable to repay debt and facing a very bleak future. But this is looking debatable, as more within the industry offer alternative suggestions for the current situation.

If a company is, as has been suggested, careful with cashflow and avoiding expansion until the market is more predictable, then this concept of ‘zombie companies’ has been misjudged. If this is true then it is vital that these companies receive the correct guidance and necessary investment in order to return to their former glory.

There is actually quite a lot of money, floating around in the form of alternative investment, waiting to be invested. The trouble is that these investors are cautious with their funds. They want to make sure that although the company they are investing in may be troubled at present, it has the potential to regain strength and generate a return. Due to the heavy proportion of equity-based investment, those funding these ventures must have a strong belief that these companies will have a long and successful future.

Until such investment, businesses need to stay vigilant to the changing tides within the economy – paying close attention to interest rates and the leniency of the banks. It is highly likely that these companies are surviving by staying savvy with their finances, but it must be noted that interest rates and payment breaks from the banks are definitely helping their cause. Regular sabbaticals from lenders are certainly taking the pressure off of many of these SMEs, but once this has ceased to benefit the banks, it may be withdrawn.