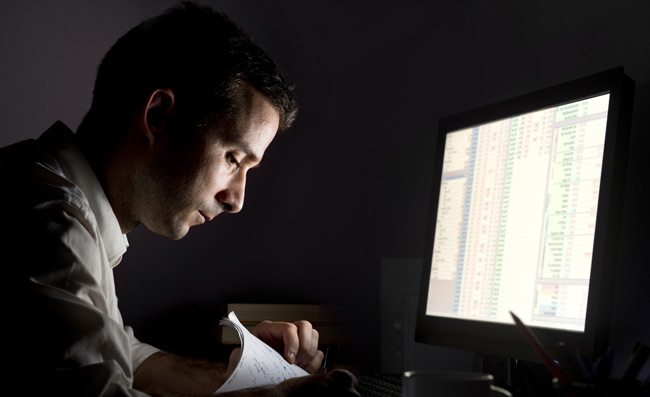 In fact, it turned out to be more a case of “lazy journalists” than “lazy French”: as The Economist explained, the “law” was not a law at all but a labour agreement aimed at improving health among a specific group of professionals, and there wasn’t even a hard curfew for digital communication.

Like all myths, however, this one revealed a set of abiding values subscribed to by the folk who perpetuated it. says HBR. Brits and Americans have long suspected that the French (and others) are goofing off while they — the good corporate soldiers — continue to toil away. They’re proud about it too. A Gallup poll, released in May, found that most U.S. workers see their constant connection with officemates as a positive. In the age of the smartphone, there’s no such thing as “downtime,” and we profess to be happier — and more productive — for it.

Are we, though? After reviewing thousands of books, articles and papers on the topic and interviewing dozens of experts in fields from neurobiology and psychology to education and literature, Michael Harris doesn’t think so. He says: “When we accept this new and permanent ambient workload — checking business news in bed or responding to coworkers’ emails during breakfast — we may believe that we are dedicated, tireless workers. But, actually, we’re mostly just getting the small, easy things done. Being busy does not equate to being effective.”

And let’s not forget about ambient play, which often distracts us from accomplishing our most important tasks. Facebook and Twitter report that their sites are most active during office hours. After all, the employee who’s required to respond to her boss on Sunday morning will think nothing of responding to friends on Wednesday afternoon. And research shows that these digital derailments are costly: it’s not only the minutes lost responding to a tweet but also the time and energy required to “reenter” the original task. As Douglas Gentile, a professor at Iowa State University who studies the effects of media on attention spans, explains, “Everyone who thinks they’re good at multitasking is wrong. We’re actually multiswitching [and] giving ourselves extra work.”

Each shift of focus sets our brain back and creates a cumulative attention debt, resulting in a harried workforce incapable of producing sustained burst of creative energy. Constant connection means that we’re “always at work”, yes, but also that we’re “never at work” — fully.

People and organisations looking for brave new ideas or significant critical thinking need to recognize that disconnection is therefore sometimes preferable to connection. You don’t ask a jogger who just ran six miles to compete in a sprint, so why would you ask an executive who’s been answering a pinging phone all morning to deliver top-drawer content at his next meeting?

Some parts of the workforce do rely on constant real-time communication. But others should demand and be given proper breaks from the digital maelstrom. Batch-processing email is one easy solution. Do it a few times a day and reserve the rest of your time for real work. Most colleagues and clients will survive without a response for three hours, and if it’s truly urgent, they can pick up the phone.

The great tech historian Melvin Kranzberg said, “technology is neither good nor bad, nor is it neutral.” That statement should become a real tenant of the information age. We can’t keep falling prey to ambient work or play. Instead, we must actively decide on our level of tech engagement at different times to maximise productivity, success, and happiness.