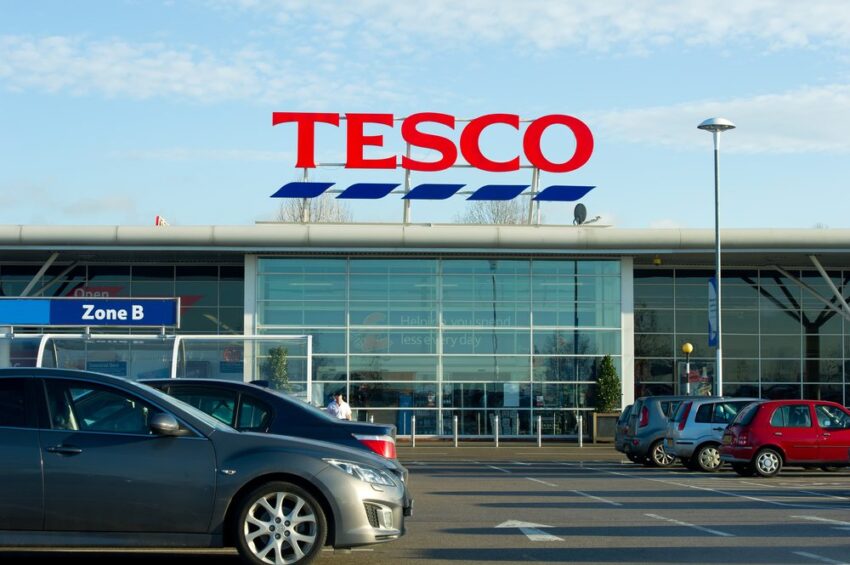 As a result, four senior executives were suspended, including finance director, Carl Rogberg, with UK managing director Chris Bush also thought to be one of the four, whilst an investigation takes place into what has been going on. Questions will also be asked of former chief executive, Philip Clarke, and Laurie McIlwee, the chief financial officer who left last week.

Tesco said it discovered the overstatement of its figures, made as part of an August 29 profit warning, during its final preparations for its forthcoming interim results. It then announced that full-year trading profits could be as low as £2.4billion – some £400million lower than expected – after ‘challenging trading conditions’.

The supermarket has been losing ground since its first profit warning in 20 years, back in January 2012, a year after Chief Executive Sir Terry Leahy stepped down after 14 years in charge. During his time at the helm he saw a leap in pre-tax profits from £750 million on 1997 to £3.4 billion in April 2010. Philip Clarke took over from Sir Leahy, but stepped down from the board on 1st October 2014 after failing to turnaround the retail giant’s fortunes and was replaced by Unilever executive Dave Lewis.

Whilst an investigation will reveal what has been going on over the past few years, with questions answered and possibly charges brought against individuals if they have been found to have acted unlawfully, the reputational damage has already been done.

The trusted brand image Tesco has built up over almost 100-years is now being ridiculed. The papers have reported on the enormous number of tweets that people have made who are almost gleeful to see such a large retail brand brought to its knees.

This type of crisis is far more than a crisis of share price, company value and profits. Tesco is large enough to overcome these in the short term. Unfortunately, to many of their customers they will now be perceived as a supermarket brand that can’t be trusted. People vote with their feet and supermarkets such as Asda, Sainsbury’s, Aldi and Lidl are winning more and more customers, who are choosing them because of brand reputation.

Whether its budget brands such as with the likes of Aldi and Lidl, who have seen huge growth since the recession or a family-friendly brand like Sainsbury’s who trades on its quality food for great value image.

Customers are fickle and with so much competition in the supermarket sector, it’s going to be a tough job for Tesco to regain its position as top of the supermarket chains.

What could Tesco have done to have avoided this crisis, bar the obvious of not inflating their accounts? How indeed was it possible for this to have been sanctioned as a great idea in the first place? Much of this has to do with the working culture within the organisation. Culture is not the fluffy, ethereal, HR intangible “concept” many people think it is – but it’s the very real way that people in an organisation behave, act and work. It also has to do with the tolerance they have towards risk taking or in this case “creative accounting”.

Part of the problem has of course been that Tesco has been losing ground to its rivals in recent years. Not an easy position to be in when you have been the leader of the pack. The brand image has needed a facelift and they have needed to compete more aggressively. At the same time this has bred a culture whereby senior executives have perhaps become complacent or focused on the wrong things, leading to bad or risky decision making.

Culture manifests itself in very visible and tangible ways. If you get it right, it will reward you, but if you become complacent or you take for granted that people will act, work and behave as you want them to, it will come back and bite you. When it does, the ramifications are considerable and very, very tangible indeed. This latest crisis is a major step backwards in Tesco trying to regain its market position and it will be a long hard slog to win back customers who have deserted them and get back the brand reputation they once had.

Tesco now needs to work out what is most important – profits or winning back the trust of its customers – and at the moment the only way to do either of these successfully is to change the culture within and focus on building a brand and culture which resonates with customers. To do this, Tesco needs to have a better understanding of its employee’s behaviour and likely behaviour. They need to understand how competent people are in their roles and this will have to start at the top with the senior executives who have been steering the company.

We help organisations to identify, manage and mitigate the risk posed by the way in which people act or behave. This is done by measuring a combination of employee competence, knowledge and confidence to reveal what people know, how they use their knowledge and how they act in certain situations. By assessing competency and confidence together, companies can spot ‘risky’ individuals – people with low knowledge and high confidence as well as those with high knowledge but low confidence, who might not make the right decisions under pressure. This can help avoid risky decision making as was the case with Tesco announcing inflated profits.

Organisational risks do not sit in one easy to define central function. Rather it exists in a myriad of behaviours and habits of individuals spread across all levels of the operation. For Tesco this must start at the top as it was the senior management team that made the decision to inflate profit projections. However, the company must also ensure that the drivers of employee behaviour in relation to risk management are effectively embedded into the operations of the entire business, to truly change the working culture. Only by doing this can Tesco be confident of repairing their damaged reputation and have any hope of becoming king of the grocery retail sector again.