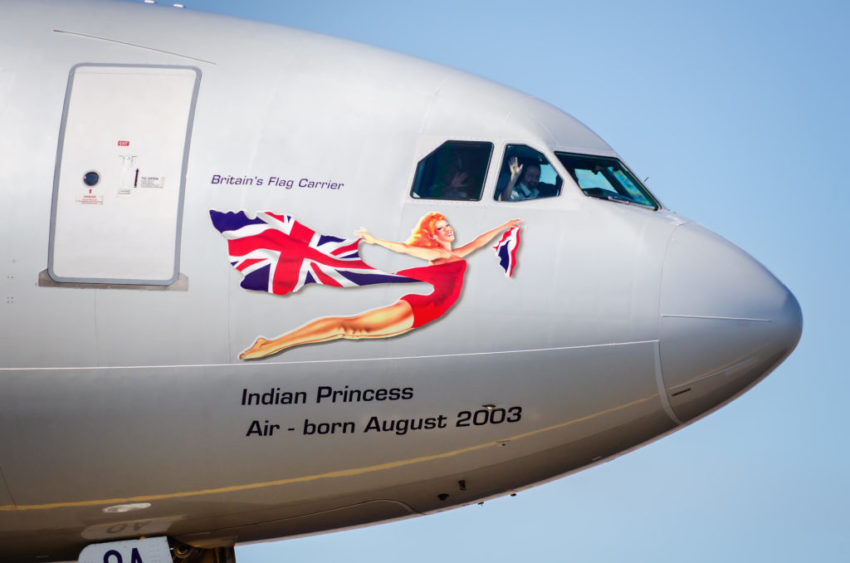 Richard Branson’s request for a £500 million bailout package from the government to prevent the collapse of his airline, Virgin Atlantic, has been the subject of much criticism in the press over recent days.

KIS Finance have looked at some of the main objections that people have raised and considered who will be the real losers if the business is allowed to fail.

Businesses across the globe, both large and small, are currently fighting for survival in the midst of the coronavirus pandemic, with many turning to their governments for a loan to help them survive.
Few have come under the degree of scrutiny that has surrounded Virgin boss, Richard Branson’s request for a government loan to keep his airline business, Virgin Atlantic, afloat (or up in the air).

Whilst Easy Jet have already had a £600 million loan agreed, Virgin Atlantic’s request for a reported £500 million bailout has been the subject of much criticism.

Is this criticism simply based on bias against Branson, rather than a rational approach of finding ways to support businesses and avoid further job losses in an already struggling economy?

Objections to providing financial support to Virgin seem to be based on a number of myths:

Whilst his personal wealth is estimated by Forbes to be £4.1 billion on paper, these figures are calculated on the value of his companies and the percentage of shares that he owns of them. This means that most of his wealth will not be easily available as cash to re-inject back into the business.
That said, Branson has recently injected £250 million back into the Virgin group to try to keep it afloat and protect his employees.

Of course any business should have contingency plans for unexpected financial downturns, but who could have foreseen the cataclysmic impact of the Coronavirus on the global economy?

‘He’s asking for a handout’

The request for £500 million is as a loan, not a hand out and would be repayable on commercial terms. The banks received famous bailout loans to keep them afloat following the 2008 credit crunch, which have now been repaid and have enabled the banks to continue to contribute to the UK economy.

Others have made reference to Virgin Care’s legal case against the NHS in 2016, where Branson successfully won a contract dispute in the UK courts, after raising concerns over how a contract in Surrey had been awarded.

Despite not actually financially profiting from the case, as the money received in damages was reinvested into services commissioned by the NHS, some have used this as a rational for objecting to him receiving a bail out from the government.

Whist the NHS is an amazing organisation and one the country is quite right to be proud of, like any organisation it needs to conduct its contract procurement correctly and be held to account when processes aren’t followed.

Critics have cited the fact that Branson lives in the Caribbean, on an island he has owned since 1978, and doesn’t pay personal taxes in the UK, as a reason for objecting to him receiving any financial aid from the government.

However, all of Branson’s companies do pay tax in the countries where they are based. Virgin Atlantic is based in the UK and pays UK taxes, as does the company’s large workforce. This isn’t a Costa or Amazon type of tax situation.

Front line staff will be the real losers if Virgin fail

Whatever your opinion of Branson as an individual, if the Government decides to withhold lending the real losers will be Virgin’s staff. Branson will undoubtedly ride out the storm and still emerge as a very wealthy individual, but the loss of jobs in his UK workforce will not only impact at the personal level, it will have ramifications for the UK’s wider economic recovery, by adding to the total job losses across the country. It won’t just be Virgin Atlantic’s 8,500 employees who are affected, those employed in associated support industries will also suffer job losses.

Virgin is also well known as a great company to work for and whilst many have been quick to vilify Branson, he has built a reputation as an excellent employer over the years. In response to the pandemic, Virgin staff and their unions almost unanimously agreed to take a wage reduction for eight weeks spread over six and a half months, which suggests a loyal team trying to protect their jobs for the longer term.

If Virgin Atlantic folds they will be the real losers. The resulting gap in the market may well be filled in the future by new players entering the sector, who are more interested in maximising profits than taking care of their staff. Do we really want to see ‘Amazon Airlines’ given their reputation for how they treat their staff? Consider if one of the large US airlines were to fill the gap, this would mean the permanent loss of UK jobs as roles could be replaced across the Atlantic.

The loss of competition in the airline industry will also be bad news for us all. When we can eventually return to flying, a reduced choice of airlines is most likely to result in further upward pressures on the cost of travel in the future.

The more businesses that fail as a result of the pandemic, the longer the UK’s economic recovery is likely to take. Every job loss as a result of companies failing will mean a further loss to the wider economy, a reduction in income tax revenue and a potential further burden on the welfare system.

Turing down Branson’s request now for a loan to sustain the business and protect his workforce would appear to be short sighted and based more on personal prejudice than on economic sense.