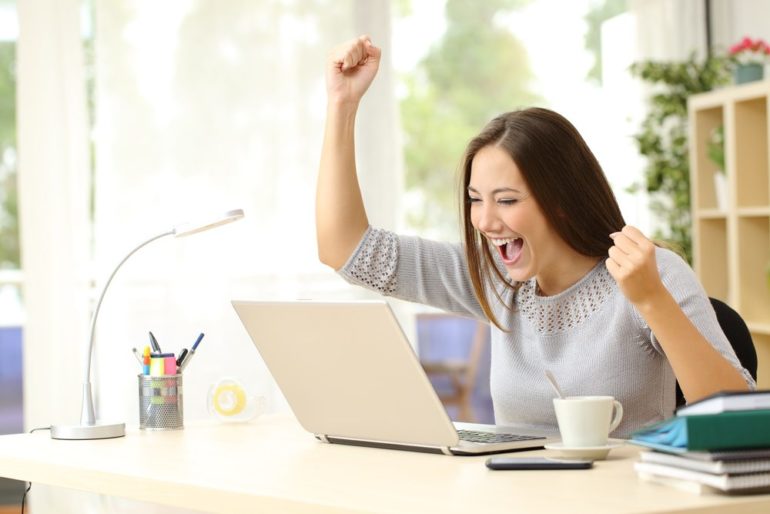 Nobody likes to lose. Disruption moves like a tremendous shape shifter through our businesses and organisations, continually changing the stakes and redefining the rules.

Endlessly and untiringly, we need to find new solutions and technologies to keep up with the game and unburden people’s lives. And so the stakes climb and the margin for error seems to narrow in. It seems now, more than ever, we cannot afford to mess it up.

But in our goal to be sleek and seamless, we forget what our parents (hopefully) taught us: success is not everything. Pixar’s president, Ed Catmull, said: “Mistakes… are an inevitable consequence of doing something new …and should be seen as valuable.”

If you’re not failing, you are not learning. Author Kathryn Schulz puts it this way: “Of all the things we are wrong about, this idea of error might well top the list. It is our meta-mistake: We are wrong about what it means to be wrong. Far from being a sign of intellectual inferiority, the capacity to err is crucial to human cognition.” Ironically, if we want to ‘get it right’ we are going to have to get it wrong.

A recent Harvard Business Review article would suggest that it’s possible to profit from failure. Taken a step further, it might even be a catalyst for success. There is immense value to be had in asking your customers to “please break this – please pull it apart – try your best”; and if they do ‘break’ the idea, then celebrate that you didn’t bring a dud to the market.

Success is a lousy teacher

When the world’s richest man recommends failure as a friend, we should all shoulder up to listen. “Success is a lousy teacher,” says Microsoft co-founder Bill Gates. “It seduces smart people into thinking they can’t lose.” The US$72-billionaire began his career with a titanic flop called Traf-O-Data – a device meant to read the roads and analyse data for traffic engineers. But when he and business partner, Paul Allen, tried to sell the product to the local County, the prototype wouldn’t even work.

In spite of the setback, Allen saw it as ‘seminal in preparing us to make Microsoft’s first product a couple of years later.’ Failure gave feedback and insight to build on a more solid and informed foundation. Who knows? Maybe the mighty Microsoft would never have materialised without the small fry Traf-O-Data to teach them a lesson or two.

Just because it doesn’t sell doesn’t mean you failed. It may just be that your idea is ahead of its time. Look at the 90’s WebTV as a case in point. A brainchild of Steve Perlman, this smart TV was the first of its kind that aimed to make television and the internet an integrated experience.

The idea was promising, but the infrastructure was less than optimal. At the time, modems were slow; websites were unresponsive to some devices; and broadband wasn’t widely available. In spite of the hype, WebTV was just not able to attract consumers.

But, as the world now knows, WebTV was by no means a bust. In 1996, Microsoft bought out the product and changed its name to MSN TV, catalysing the complete transformation of the entertainment and gaming industry to what it is today.

The old saying “being early is the same as being wrong” may have a point. But it can be short-sighted as well. If markets are not ripe and ready for product, a before-its-time idea can be genially positioned to observe, tweak, and wait out the tide. A good idea turns heads, but a great idea, honed and tested over time, will create a vacuum that eventually draws in consumers and markets.

Accepting failures as learning experiences does not give businesses the licence to be reckless or spontaneous. Quite the contrary, it helps businesses to count the cost and weigh the options wisely of the risk before innovating outside the lines. Author and Eureka! Ranch CEO Doug Hall says, “The development of a successful new product, service, or business is often the result of lots of learning from lots of failures. The key is to fail fast and fail cheap.”

The classic mindset is to bring a business plan to 95 per cent completion before taking action. Hall recommends taking the idea to 50 per cent of its life form, with cheap, basic prototypes for marketing and testing. “The math of fail fast and fail cheap is simple,” he says. “If it takes six months and $100,000 to take a product from idea to customer reaction, then at best you’ll get two cycles in a year. However, if you can do a complete cycle of learning in a week for $1000, you can get 52 cycles in a year at about half the cost.”

For professionals such as engineers, whose miscalculations can rack up irrevocable damage, this type of ‘playful’ testing in the backend of the design process is imperative. Models and 3D simulations are our safety nets; without this layer of protective trial and error, we could venture into dangerous and unsustainable territory. Engineers have to embrace failure before they stumble upon success. Thankfully, people like Doug Hall teach us how to do it well.

The world is now risky, unpredictable, and hypersonic. Within this context, leaders need to deliver front-footedly, with a little mud on their face from falling from time to time. The only fear worth holding onto in this journey is the fear of fearing to fail along the way.