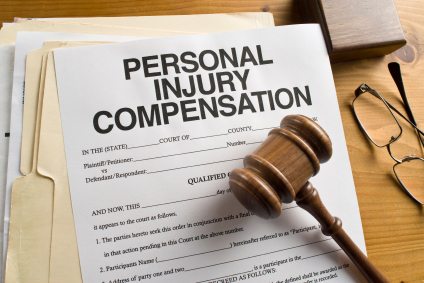 Unfortunately, the compensation culture that these kinds of firms helped foster have cost business millions of pounds in damages over the years, and for the time being at least, will continue to do so.

That’s because a key change to workplace Health & Safety legislation which had been due to come into effect on April 6 as part of the Common Commencement Date was delayed by the House of Lords.

Earlier this year we welcomed government plans to remove strict liability for employers, that is being held ultimately accountable for any accident regardless of whether it was preventable or not.

By removing this, the proposed new focus would have been on making employees more aware and responsible for their own actions and safety in the workplace. Research we carried out with our members earlier this year suggested strong support for this from business owners, and not just because it would have save them cash.

It was a welcome deregulatory measure which meant as long as an employer took reasonable steps on H&S then they shouldn’t be subject to prosecution for things they couldn’t possibly have predicted or prevented, and was simply the common sense way to go as it would have actually made workplaces safer.

It’s a fact of life that accidents, unfortunately, do just happen, and sometimes there’s nothing that can be done to prevent them. And this new approach to H&S would have gone a long way to recognising this.

For too long the onus has been on the employer, and only the employer, as part of a blame-game approach that has been costly for business, and consequently public perception of H&S has been tarnished. The result is that ‘elf ‘n’ safety’, has become a subject for ridicule, a mocked ideology pilloried in the media.

We had hoped this new approach could help rebuild and restore trust and faith in workplace health and safety practices, while at the same time freeing business owners to get on with trading during difficult economic times. For the foreseeable future that now won’t happen, and business owners must continue to do all they can to protect themselves from certain employees only too willing to take them to court at the drop of a hat.