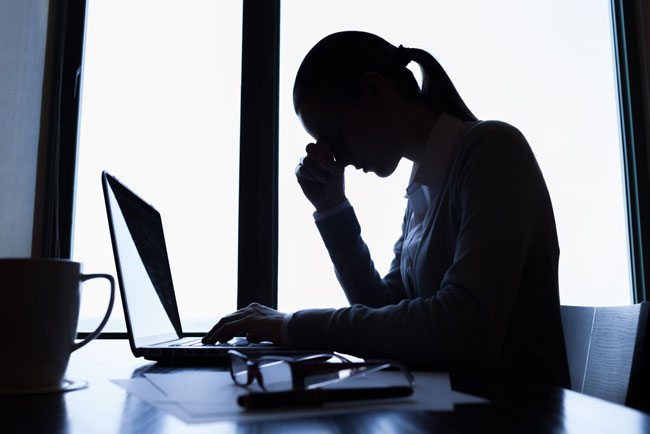 One issue that draws from evolution more than anything else and is also liable to be disregarded in the moment is our fear response, otherwise known as fight, flight or freeze. This simple decision-making mechanism that evolved to protect us from the threats of prehistoric life is working perfectly well today. In fact, for many of us, it’s working a little too well. Many of us, and I have experienced this, are continuously living in a state of hyper awareness and arousal. The problem with continuous shots of adrenalin in the system is that we get used to them and fail to recognise when we are becoming armed and ready to act.

The issue is that despite the fact that woolly mammoths, sabre toothed tigers and pterodactyls died out many millions of years ago, the mechanism that identifies and reacts to threats is alive and active in us. On occasions of genuine threat to our life that it will save our lives there is no doubt. Thankfully, those occasions are few and far between. Unfortunately despite the average level of risk having being considerably reduced over the centuries, our ability to perceive and react to threat is, if anything, heightened.

Instead of a carnivorous dinosaur we react to the boss sticking his head through our office door and uttering the immortal words “can I have a quick word” before walking away. Replace a stampede of woolly mammoths with the management team calling a whole company meeting and delivering the joyful news that “we are going through a change process.” The point I am making is that the threat may be different but the response is the same.

As the Amygdala becomes aroused and kicks into action, depending upon the level of perceived threat we will react in one of three ways. Classically labelled as fight, flight or freeze we often think of it as the worrier, the runner or of the fighter. What do you do?

The Worrier
Once upon a time in their life the worrier worried about something and it turned out alright. Since then they have been worrying about everything. Procrastination is their middle name and, if you work with them, don’t you just know it. Give a worrier a big decision to make and you could occupy them for weeks. Built in with that is their ability to withdraw to worry on their own so that you don’t even know what they are worrying about. Not useful if you are part of a team.

The Fighter
The fighter learnt that if you attack first and ask questions later it clears up a lot of issues and creates space. That’s what they think. In reality they are often attacking someone presenting an issue completely unrelated to their fear but who just happens to be in the way at the time. Of course this does clear space and sorts issues out in their mind in as much as they may be viewed as unapproachable and not someone to take a problem to for help.

The Runner
The runner rarely enacts their title in physical form, but if they do it may well be to the pub. What they do love to do, however, is to run away mentally. They like to distract themselves from the real issue by thinking of other things. They will spend hours sweating the small stuff in the hope that by concentrating on microscopic details the bigger issues will disappear or solve themselves. Sometimes they do but most of the time they don’t.

We all act out these roles at different times and it depends on many factors such as how big the perceived threat is, what’s worked well in the past and how healthy our own self esteem is at the time. Those of us that are finding ourselves continuously feeling challenged may develop other coping mechanisms to numb the fear or distract ourselves from the real issue.

You will all know people who use comfort eating to numb their fear or who use what they laughably call “retail therapy” to distract themselves from their unhappiness. Alcohol is a widely recognised addiction but ones that appear less sinister but are equally powerful are those of food, shopping and work addiction to name a popular few.
What’s the answer? Well a really good start is to actually acknowledge that you are scared and what you are scared of. That’s the beginning of a challenging and ultimately rewarding conversation with yourself that can lead to you completely changing your relationship with workplace stress. Meanwhile, awareness is vital so keep an eye on your own behaviours and see if you can catch yourself worrying, running or fighting.