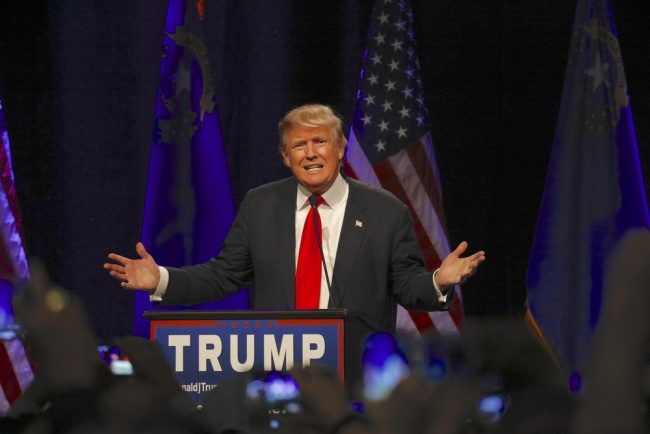 It appears that the Republican’s taste for plagiarism, a la the Michelle Obama/Melania Trump speech row, continues, but in this case I’m buying what he’s selling!

His proposal for a ‘tax revolution’ it is nigh on word for word what I have been talking about of late, the only trick he is perhaps missing, at the moment anyway, is the scrapping of corporation tax in favour of some kind of license fee, although perhaps this could be more complicated in the USA due to their state system.

A reduction of corporation tax will help galvanise US business to be able to make more money and perhaps use those profits for investment, support the banks by deposits, thus assisting with the stress tests they now have to undergo and, of course, motivate employees with better levels of pay and reward for success.

Fifteen percent is one of the best in the world and of course immediately undercuts most of the EU, including the UK.

The USA desperately needs a simplification of the personal tax system, and has for years, so good to see that getting some attention too. Of course, child care should be tax deductible as well, that simple idea is a no brainer.

My experience with US friends is that, much like the UK’s HMRC, the US equivalent, the IRS, also needs to be brought to heel, and focus on supporting tax collection as well as endorsing good business decisions.

With a businessman like Trump at the helm in the USA, it would seem this has a potential realisation as well. I’m sure his dealings with the IRS would have been less than favourable.

Of course, Mr Trump talks about scrapping inheritance tax, a no brainer again of course in my opinion. So suddenly this opens up an opportunity for the UK and US to have some kind of treaty to repatriate funds and jointly oversea and feel the benefit of the legitimate trillions that sit offshore.

He also suggests an amazing idea of offering an amnesty for funds held offshore, bringing the money back to the USA with a minor 10 percent tax applied across the board. This coupled with the other changes would make an incredible difference and potentially catapult the USA in to becoming the true free market economy it claims to be.

I don’t know how long this would take, but the UK now has an opportunity to grasp these concepts and do something about it as Trump could not get to start his programme until November at the earliest.

So, post-Brexit UK, come on, get on with it and lets be in front and then offer the partnership with our own treaty and trade deal for the trillions we can pull back in to the UK, especially at the moment.  That’s trillions for investment, growth and dynamic economic explosion.

This is the moment, the endorsement in my ideas is there, it’s the right move and the right time for change.