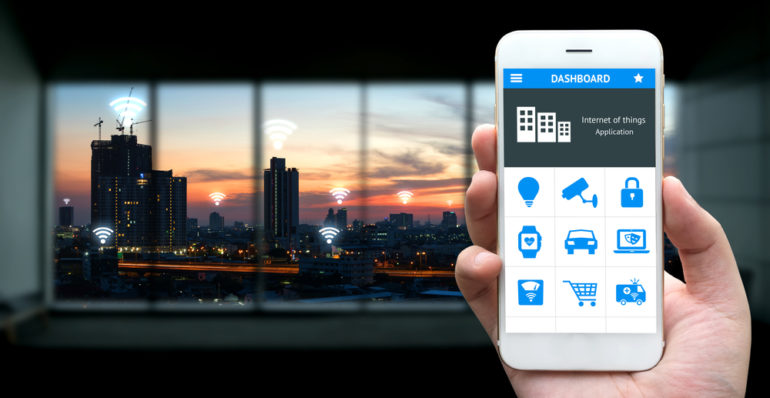 The Internet of Things, or IoT, is one of the more recent technological terms to have crept into the mainstream media in recent years.

It’s safe to assume that the majority of consumers and businesses will have now heard the phrase many times, and yet there remains a lack of understanding about exactly what IoT means Ritam Gandhi, director and founder, Studio Graphene explains more.

As an agency that works with budding entrepreneurs at the very start of their business journey, as well as innovation teams within larger companies, at Studio Graphene we have witnessed this knowledge gap first hand. Simply put, education is required so that, first and foremost, more people understand what is meant by IoT; secondly, and more importantly, professionals across both the public and private sectors must have a firmer grasp on exactly how IoT can deliver positive change within their organisations.

The term Internet of Things refers to the way in which devices – everything from smartphones and wearable technologies through to household appliances and cars – communicate and exchange data.

It’s the result of a perfect storm in technological advancements. On the one hand, it has become far easier and cheaper to collect, store and analyse data thanks to the proliferation of cloud computing and big data tools. At the same time, sensors and microchips, which are embedded within physical objects, have become more sophisticated and cost effective. When combined with the rise of smart devices and improved connectivity (Bluetooth, 4G and Wi-Fi, for example), one can begin to see how hardware and software all around us has become interconnected.

Let’s take a common example of IoT in people’s homes. Today people can use smartphone apps or voice activated hubs such as the Amazon Echo to control the lighting and heating in their home; they can also turn applications on and off, set timers or change settings. This is because two pieces of hardware – a smartphone and a lamp, let’s say – can communicate with one another thanks to software and sensors that are connected in some form.

This simple example demonstrates how technologies are now feeding off one another; the result is that people have more power at their fingertips, actions can be taken faster and we save both time and money.

What are the benefits of IoT?

There is no question that IoT will continue to disrupt virtually every industry sector in the years ahead. To offer some context of the market’s growth, a report from BI Intelligence this year projected that there will be more than 55 billion IoT devices by 2025, up from approximately 9 billion in 2017. Furthermore, it forecasts that there is going to be nearly $15 trillion worth of investment into IoT technologies between 2017 and 2025.

Positively, innovation in the IoT is not going to be the reserve of super-rich companies; startups, charities and public sector bodies can realise the benefits of the Internet of Things thanks to the increasing affordability of sensors, data storage and advanced analytics. Consequently, they can make enhanced products and glean new insights to help them make better decisions.

The potential impact of IoT can be seen in the automotive industry. Car manufacturers now laden vehicles with sensors that transmit data on the way they’re performing – not only is this of benefit to the driver, but when transferred back to the manufacturer this data is also hugely valuable for improving future iterations of the car. As a result, the company now has a better understanding of how it’s performing on the roads.

But that’s just the start. The sensors within the car can transmit data to an insurance provider, helping reduce the cost of cover for safer drivers. What’s more, the vehicle can communicate to one’s smartphone so that it can provide satnav directions to the next meeting in the person’s calendar. Alternatively, the car can communicate with the owner’s home so that as he or she pulls into the driveway the garage door opens.

Thanks to IoT, the consumer benefits from a better product, the maker benefits from improved data-driven insights into how people or other objects are engaging with their product, and third parties can also then deliver more tailored solutions based on the information gathered through the product.

Why must entrepreneurs embrace IoT?

Whether it’s a car, home security tools or wearable fitness devices, the ability to enhance products and services by enabling them to communicate with other technologies is opening up a wealth of opportunities. For entrepreneurs, understanding the disruptive influence of IoT is essential to improving their chances of success, particularly in the technology space.

At Studio Graphene we have spent years working with people who have brilliant ideas for new ventures. In this period, we have seen first-hand that the best time to effectively embrace and integrate new technologies is from the outset; it becomes more difficult to factor areas of innovation – such as IoT – into the business plan further down the line.

Indeed, anybody who is either in the process of starting a business, or is simply thinking about launching a business in the future, must consider how the Internet of Things could give them a competitive advantage. After all, virtually every startup today is built around technology, even if it is not actually a tech product or service they are offering. The scope for innovation on offer through interconnected devices is too large to ignore.

Ritam worked as a consultant for a decade for the likes of Accenture and Bank of America Merrill Lynch before, in 2014, going on to found Studio Graphene– a firm that specialises in developing amazing blank canvas tech products. Working with many startups alongside innovation teams in more established companies, the London-based agency plans, designs and builds astounding tech products for its clients. What’s more, Ritam and the team also use their experience and expertise to help leaders grow their business from ideation, to launch and beyond.