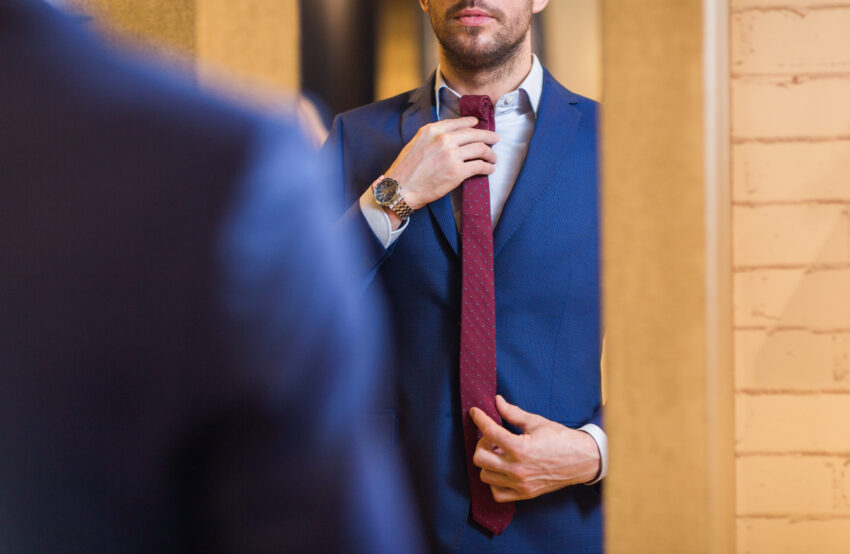 The suit, tie and high heels were symbols of twentieth century office life. For some time now, what we wear to work has been getting gradually more casual.

Waistcoats and bowler hats were dispensed with decades ago, ties have given way to open-neck shirts and, in more recent times, the tech and creative industries have led the way in introducing jeans, trainers and t-shirts into the office.

In terminal decline already, the pandemic push to working from home has accelerated the ending of formal office dress codes. But John Spencer, CEO, BizSpace asks after a year of viewing colleagues on video, mainly in casual clothes, will getting suited and booted to travel into city-centre offices ever return? Or has the pandemic, and the fact we’ve seen inside our colleagues’ and clients’ homes and perhaps had our meetings with them interrupted by their children or pets, ushered in a new way of working that is more relaxed, more casual, more flexible and more personal?

With only 10% of pandemic homeworkers getting dressed for work, according to a survey carried out by apparel industry analyst NPD, going back to pre-pandemic sartorial workwear norms seems unlikely. Prior to covid, the suit was already in trouble, with only one in ten people wearing one to the office, according to a survey conducted by Travelodge in 2018. But this does not mean anarchy in UK offices, with people in scruffy t-shirts and ripped jeans. What the research revealed was workers preferring chinos, smart button-down shirts and jackets, as well as jeans and trainers. In short, a flexible attitude to workwear by dressing appropriately to the situation. This mirrors the move to a more flexible way of working, not only in terms of location – with a surge in demand for working from home and at local office hubs – but also in work culture: less dictatorial and more friendly and collaborative.

A company’s dress code has a major influence on a prospective employee’s perception. And in the battle to attract scarce talent, this is important. In a 2017 survey by Stormline, 61% of workers responded that they would have a negative opinion of an employer who enforced a dress code; four fifths thought the dress code in their current workplace was pointless; while almost two thirds believed they would be more productive if they dressed the way they wished.

Dress codes can also be an issue for retaining staff. 17% of 18-24-year-olds surveyed in a nationally representative study by Style Compare had considered quitting their job because of a strict dress code. But dress code substantially drops as an issue with older generations of workers with only 5% of those aged over 55 agreeing. Attitudes to dress codes also change with sector. Creative industries such as media, advertising and design have had a relaxed dress code for decades. Other sectors have now joined them with 31% of employees surveyed in the science and pharma sectors saying they would quit their job if a strict dress code was implemented and 29% in the IT sector. Of course, this survey did not include safety critical work where the correct stipulated clothing is essential.

Sectors with a reputation for sartorial stuffiness, such as finance, are increasingly adopting a more relaxed dress code. Even Goldman Sachs, a former suit, shirt and tie stickler, back in 2019 adopted a more flexible approach, asking its staff to dress in line with their clients’ expectations. With t-shirt wearing tech entrepreneurs leading some of the world’s most impressive and investable businesses, this is perhaps not surprising. You only need to look at casually dressed Mark Zuckerberg, Chief Executive of Facebook, a company worth around $900bn, to know that business sartorial etiquette has moved on.

Tech has also influenced the finance sector in other ways. Many banks and other more traditional institutions want to emulate the creative success of the more enterprising and agile culture of tech start-ups. This is particularly the case with their move into fintech, which has led to a more flexible approach in dress code and location.

The battle to attract and retain talent, particularly in the context of millennials now comprising more than 50% of the UK workforce, goes beyond tech to many other sectors. Younger generations’ different values and priorities from their predecessors are bringing a more collaborative approach to the workplace, leading to a move away from hierarchical management structures and favouring more flexibility and autonomy in decision making. As a result, businesses are coupling relaxed dress codes with more modern ways of working that appeal to younger generations, including flexible hours, sit-anywhere policies and providing flexible workspaces closer to their workforce’s homes. For example, HSBC and Lloyds have reduced their city-based presence, increasing their network of more local, near-home workplaces across the country.

The image a company presents through its dress code is also important. A strict dress code and big central offices are associated by many investors and employees with a rigid and inflexible management style. Agility, flexibility and creativity are the values that firms now need to express.

The pandemic has exposed what has always been true, that people are a firm’s most important asset. Gone are the days of slavishly enduring long and unproductive commutes Monday to Friday. Now, workers want a hybrid style of working; working in a central office, local office hub, or from home, depending on what tasks need to be done and the best way of achieving them. Alongside this is a flexible approach to dressing appropriately to the task in hand. In a nutshell, with intense competition for the best talent, firms need to let employees call the shots, by offering them choice in what to wear and where to work.