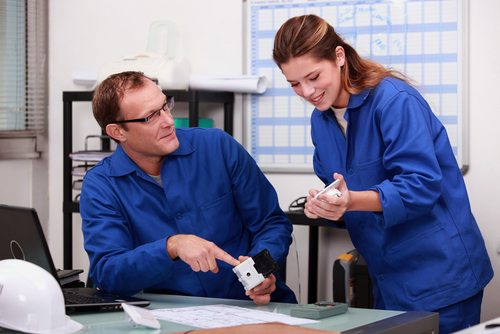 New plans announced by government this week to give employers control over apprenticeship training have been warmly received by property maintenance and refurbishment entrepreneur Will Davies – who is a long term campaigner for apprenticeship reform.

“At last, we can see a light at the end of the tunnel,” said Mr Davies who is the co-founder of aspect.co.uk

“I have been saying for years that employers know the skills required to make people, especially young people, employable and they should be the guiding force in designing apprenticeships: not civil servants or outside training agencies,” he said.

Government announced a consultation with interested parties last week into a shake up of apprenticeship funding that would give employers access to finance for their own apprenticeship schemes.

The consultation follows in the wake of the Richard Review in Apprenticeships published last year which highlighted inefficiency and abuse in the current system.

Three possible models for apprenticeship funding are to be discussed. A ‘direct payment model’ would pay employers as soon as they register apprentices. A ‘PAYE payment model’, would pay companies funding an apprentice on receipt of a PAYE return. The final model, known as ‘provider payment’, would retain the current system of funding external training providers but they would only receive funds when employers were happy with training and had made their contribution.

“The shake up of apprenticeship funding is long overdue. The Richard Review concluded last year that the definition of an apprenticeship had been ‘stretched too far’ and that many schemes were allowed to claim government support but only lasted a few weeks and were of little or no value,” said Mr Davies who was a mergers & acquisitions expert at Societe Generale before creating aspect.co.uk.

“More than 20% of the under 24 year-olds in this country are without employment or training at the moment and becoming more and more alienated by the job market. That is a dire situation: no country can hope to return itself to a sound financial footing if it alienates 20% of its future workforce,” said Will Davies.

Vince Cable the Business Secretary said, “Employers are the best people to judge what training is worth investing in. These reforms will mean just that. It gives them the power to train their staff to make sure their skills are relevant to the company, while choosing from the wide range of courses available.”

“These measures are all part of the wider reforms the government is making to the apprenticeship system. By putting quality ahead of quantity and giving the training that companies actually want, we are helping to create jobs and support business.”

aspect.co.uk has returned to a system of old fashioned apprenticeships for training their own young workers and selects candidates through ‘Apprenticeship Boot Camps’.

“Youngsters are put through a series of fitness, literacy and numeracy tests. They are able to commit to the scheme because we were able to demonstrate that the reward was genuine on-the-job training,” said Mr Davies.