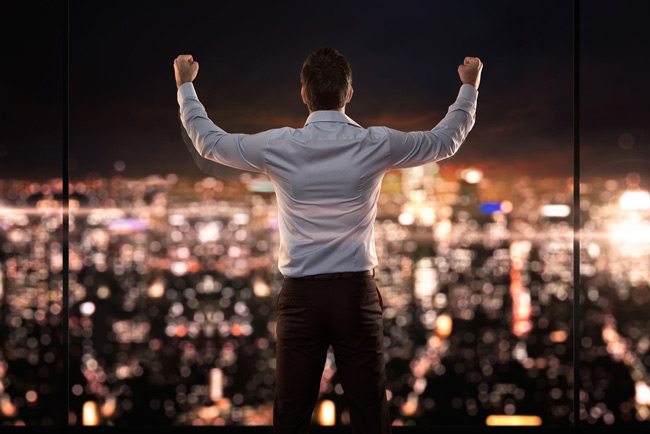 If there is one thing consistent about business it’s the inconsistent dynamics of business, says inc. Great leaders can navigate turbulent business climates just as well as they can sail a calm sea of activity. Often they use those frenetic circumstances to capitalise and strip away competition. Sure, some of the successes that come from chaos are pure luck, but once you dig in to the stories you find out there were intentional key decisions that launched the team to exponential success.

Success or failure during times of peril depends on your ability to get your team moving with strength and confidence. Following are 8 examples where strength, focus and resolve will help you avoid the temptations that lead to failure in difficult times.

1. Temptation: To spread your sense of urgency and panic.

When a state of panic sets in, reactive leaders will ramp up the energy and stress. Some problems do need to be solved IMMEDIATELY. But if the boss is frantic and emotional, everyone else will be too, and efficiency will diminish.

What great leaders do instead: Learn to break the news calmly, while making the seriousness of the situation clear. Take a breath and carefully assess the situation so you can work with the team to clearly set the appropriate priorities. Then you can be effective and efficient internally as you deal with the outer chaos.

When something goes awry, people naturally start to ask, “Who did this? Whose fault is it?” It is good to know the root of the problem, but this often descends into counterproductive finger pointing. While everyone is focused on avoiding the burden of guilt, the situation may be going from bad to worse. A leader who allows or participates in the blame game ends up with a diminished team full of distrust.

What great leaders do instead: Help the team focus on moving forward. Ask “What do we need to do to recover quickly?” and then get the team working together to make those things happen. A team will be more successful by creating heroes who inspire others to step up.

3. Temptation: To let your emotions drive your response.

It may feel better to yell or bawl someone out when you’re angry or tense…at least it provides a momentary sense of release. But it does more harm than good in the long run. Your people become resentful or fearful and less likely to give you their best efforts, or bring you news that might trigger a tantrum.

What great leaders do instead: When your emotions flare, give yourself a moment to let your rational brain step in. Excuse yourself for a moment if you have to, or just take a few deep breaths. Find productive ways to channel the negative energy into positive results.

In moments of small vexation or serious crisis, people often scramble to identify a cause, sometimes allowing existing assumptions to drive conclusions rather than facts. Do you actually know the reason the reports are not in the box? Are you sure the marketing people missed the deadline? Is IT really being lazy? If you have existing concerns or criticisms, it is especially easy to jump to conclusions that may or may not be accurate.

What great leaders do instead: Ask more questions that frame the big picture. Calm, value neutral questions allow you and others to diagnose what’s truly going on. Sometimes they know what caused a breakdown, sometimes they don’t, especially when there are a lot of moving parts in a lot of departments.Often a small issue that seems to be a choke point is only symptomatic of systemic issues that are largely hidden. Careful analysis with the team may surface core issues that can lead to exponential efficiencies.

5. Temptation: To publicly speak critically of an imperfect employee.

Sometimes we all need to let of steam or grumble a bit when someone frustrates or lets us down. Doing that in front of the rest of the team spreads dissatisfaction and mistrust.

What great leaders do instead: If you really need to kvetch, do so privately, in a journal or with someone unrelated to the office. When you’re feeling calmer, approach the employee directly and politely but firmly share the truth about how they have fallen short.

If the truth is scary, it can be hard to share it with everyone for fear that panic will ensue and everyone will desert the ship. But if you leave them in the dark, your people are likely to fill in the blanks with even scarier conjecture. Most people will paint a more desperate picture when uncertainabout their own future.

What great leaders do instead: Give your people as much good information as the situation allows. Promise to keep them updated, and keep them focused on the work they CAN do, rather than worrying about what they CAN’T. That way you can lead them to success instead of managing their fears.

Employees are people with thoughts and feelings, and it can be painful to watch them wilt under criticism. So rather than address their failings directly, it sometimes seems easier to drop oblique hints or bury suggestions under insincere praise.

What great leaders do instead: Tackle the hard stuff first, directly and without hesitation. If they don’t know they are creating a problem, they won’t know they have to fix it. You can follow up with encouragement and praise to soften the blow without muddling the message.

8. Temptation: To draw comparisons between employees.

“Try to be more like Tim.” “Adriana never leaves a customer on hold for more than five minutes.” We love our star players, and we want others to emulate them. Your employees probably know exactly what makes their co-workers shine. That does not mean everyone wants to be continually compared to the office favorites.

What great leaders do instead: Evaluate each employee on their own strengths and weaknesses, using a clear rubric that is fair and equal for all. Base your comparisons on an ideal, not any one person, as your standard. Then take the time to work with each team member to perform at their personal best. Sure you are busy, but showing the person they are a priority will motivate them beyond their fears and concerns.