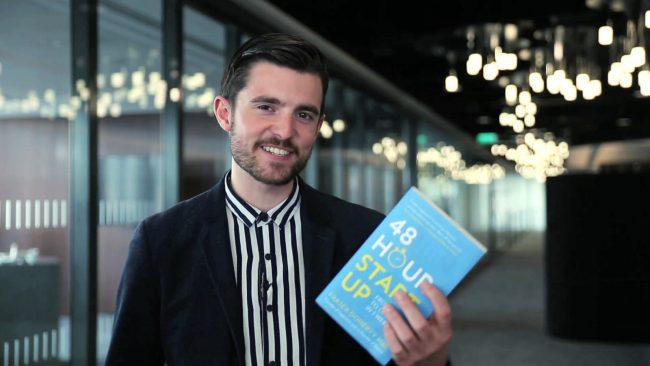 This book is more than just advice and prompts to help start your business and make it a success, it’s got an autobiographic, personal touch that had me gripped. Learning about Fraser’s early stages of entrepreneurship was so interesting to read about and you have to admire his determination in bringing his ideas to life – even from as young as 8 years old!

What I also appreciated was that he doesn’t give readers any false hope – he is realistic. Although he encourages you to persevere with your ‘amazing’ idea, he also advises you to make sure it is pursuable first, by choosing the right people to judge it. He states that family and friends will only give positive feedback because of their love for you, yet even though most of us recognise this, we are afraid to face criticism, especially when it concerns something we solely believe in. By confronting ideas to family and friends, we are guaranteed to receive positive feedback, which is why we do it. Although we yearn for this feeling of encouragement, Fraser teaches how it’s not all about the positive remarks on your ideas – criticism actually works in your favour by allowing you to save time in not pursing particular ideas that may prevent your business from growing or achieving its optimum.

Fraser also expresses his view on the noticeable change that has arose from since he was young, where parents are now less encouraging to their children in relation to their dreams and ideas.

His persistence particularly with his SuperJam business is profoundly commendable for an ambitious 16 year old, as he chooses to make a pitch to one of the supermarket industry’s biggest names – ‘Waitrose’. Although facing initial rejection, you simply can’t help but applaud the boy for his bravery. From experiences like this, Fraser expresses the realisation that failure is going to occur, no matter how hard you try, you are going to face hurdles. A lot of businesses and potential ideas consequently fail altogether through dismissal of belief that it can overcome failure.

Overall, this book has masses to offer and proves that you can indeed build your own startup in just 48 hours. I would definitely recommend the book and the interminable list of valuable advice is something I believe many startups, SMEs and entrepreneurs could benefit from.