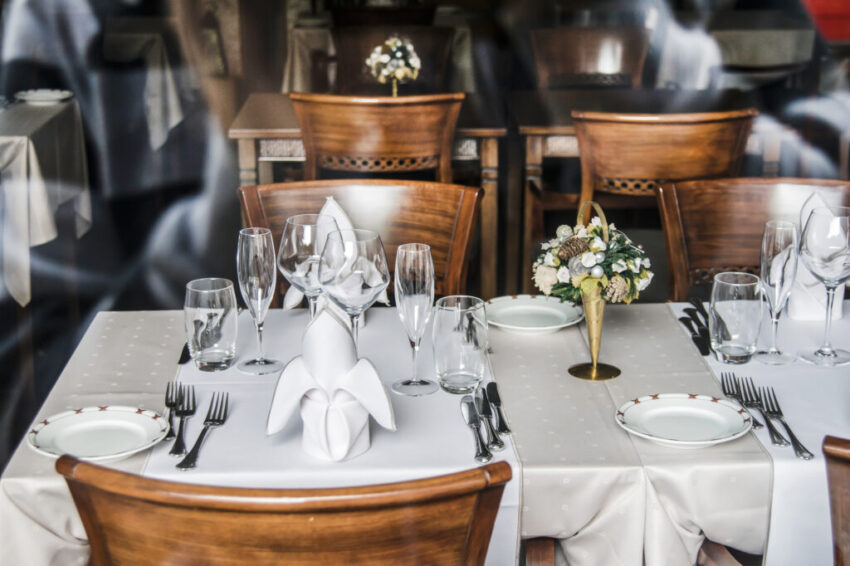 Retail is back. Now for hospitality and leisure. In many ways, exciting times. It might not be what it was and we all know it won’t be for some time, but it’s time to make the most of it.

Halving two metre distancing lifted an enormous weight off the shoulders of small businesses readying themselves to reopen. The effect is significant. For example, at least two-thirds of pubs will be able to reopen based on the latest allowance, rather than the third that were believed to be able under the two-metre ruling.

A relaxation of Sunday trading would also have an impact on leisure and hospitality with higher shopper footfall at peak times. Early indications from retail suggest the months ahead will be as challenging for hospitality and leisure businesses, so being prepared and strategic about the return is critical.

What might it look like on the other side? It’s hard to say for each business, but there have been some indicators. Pret a Manger’s global weekly takings are 15% of normal levels. Co-founder of Mexican restaurant chain Mark Selby has predicted that sales will be down by 60% initially – but will return slowly over the course of a year.

There was undoubtedly some pent-up demand with queues outside the likes of Primark and some pubs have been testing the water with take-away drinks, which are proving popular. But footfall is inevitably down. This isn’t helped by the news 600,000 jobs have been lost to lockdown, according to the Office for National Statistics.

Big chains Wagamama, Pizza Hut, and Itsu plus food delivery business Deliveroo have all suggested confidence will be brittle. In a letter they and more than 80 other businesses warned the government may need to take further action on tax, rents and other support.

Looking to the future

Until that happens, let’s look forward. It’s vital to be realistic and have an accurate cashflow forecast and to model for different scenarios. Every owner of a restaurant, cafe, or leisure business simply needs to steel themselves for a battle of epic proportions – and believe they will come out on top.

So, instead of dwelling longer on foreboding news, let’s look at what businesses will be able to do to stand a chance of being ‘reborn’ on the fourth of July. Taking some of the challenges, here are my thoughts on what needs to be done.

Limited space with social distancing – even with it now being a metre – inevitably means lower daily revenue. A sustained heatwave will be a blessing this summer as alfresco dining and quenching your thirst outside become the order of the day.

The government’s Business and Planning Bill allowing bars, cafes and restaurants to serve drinks outside could not come at a better time. Some councils have pedestrianised popular streets to grant businesses the space. Westminster in London has been receptive to campaigns such as the one led by Soho Estates.

If you’re in an area where this is possible, you’ll need to prepare for a new way of serving and put new systems in place to keep costs down. For example, large sporting events have employed higher quality reusable plastic glasses for a while now. With a deposit on each one, littering has been kept to a minimum while any unreturned glasses are effectively paid for.

And who would have thought the Amstel beer advert first broadcast in 2016 would prove so prescient? Depicting a bar that seats just six people, owner Jaap enthusiastically collects 400 discarded chairs for a year when the canal freezes over – turning his small enterprise into Amsterdam’s largest bar overnight.

Ensuring safety must remain uppermost as a consideration for reopening businesses. Masks and disposable gloves for staff, hand sanitiser stations, perspex screens at tills, and deep and frequent cleaning of high frequency touch points should all be on your list.

If you’ve not ordered yet, you should. One business I spoke to has a front and back door and plans to keep both open to ensure a flow of air, while stipulating that customers enter through the front and leave via the back. Most of this will inevitably add an unwanted layer of cost, which sadly brings us to the issue of staff.

The return of furloughed workers will almost certainly need to be staggered. How many will you need? What cover will you have for each role, particularly if some fall sick. And you’d be advised to consult with an HR advisor on rights and regulations. If you are one of the many businesses who have signed up with an online HR platform that provides real consultants, utilise it now.

It’s said that if you’re going to reduce headcount, cut once and cut deep. I would tend to agree, but it’s worth noting research that says businesses that act too defensively tend to “limp” through a recession and struggle to make up the gap again.

And finally, revisit your revenue strategy and don’t simply expect to rely on what worked in the past. I was speaking to the private members’ club Home Grown in London, which is preparing to reopen. Throughout lockdown it has been running virtual events on a daily basis for its members.

This has led to digital memberships, with access to a jobs board, chat forum, and ultimately a digital archive of the many high quality events it has recorded online. Marketing spend has been diverted to a digital agency but the budget maintained. This is important as winners following the last global recession were businesses that did not cut marketing.

In your businesses’ case it might be that you introduce more profitable meals to the menu, make better use of stock to reduce waste, find a hybrid for reduced opening hours vs takeaway deliveries to manage your teams’ hours better, renegotiate credit lines with suppliers, or work harder on cross-selling. Ultimately, cash remains king and having an accurate picture of what your cashflow situation will look like in the coming months will help you sleep better at night. I’ve learnt this the hard way, which is why I started Fluidly. Good luck on July 4th and beyond!

Serial entrepreneur, tech innovator, small business expert and one of the 1% of VC-backed female business owners, formerly one of the Prime Minister's Business Ambassadors, and awarded an OBE in 2016
View all posts

Serial entrepreneur, tech innovator, small business expert and one of the 1% of VC-backed female business owners, formerly one of the Prime Minister's Business Ambassadors, and awarded an OBE in 2016