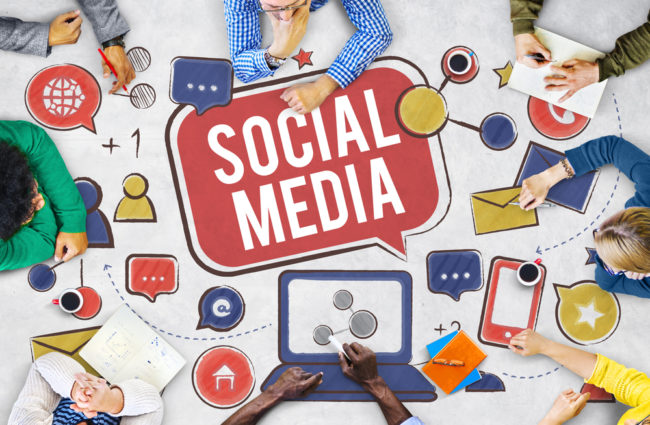 It’s no secret that the value of social media is huge – to millennials in-particular. Growing up with Facebook, Twitter, Instagram etc, it has become a big part of their lives, forming an ideal platform to interact with others. It’s even been incorporated into their daily routine,  with 50 per cent of 18 – 24 year olds going on Facebook as soon as they wake up – including myself, guilty!

This soaring trend doesn’t just limit at its social opportunities. From a business perspective, customers are said to be more inclined to recognise a business in a greater light if they are present on social media. In fact, 42 per cent of marketers report that Facebook is critical or important to their business. Despite this trend, some businesses are still yet to jump on the bandwagon.

A lot more people now use Twitter and Facebook to seek news, in total opposition to the days when you’d pick up a newspaper. Yes, granted, newspapers are still being read and many people like the physical copy of their news, but for live, quick and brief news updates, social media is the way forward. Even you – there’s a high possibility that you’ve come across this article from a social media platform.

As a millennial myself, I am the first to admit that we are a lazy generation. We don’t want to read paragraphs and paragraphs of elaborated text to eventually get to the one sentence that holds what we are looking for – we just don’t want to waste the time. We are visually pleased and love a short, snappy point that tells us what we’re looking for – which is why we’re not the biggest fan of clickbait, but then again, who is?

Businesses need to be taking on board this lazy trait of millennials and using it to help build their brand. If something doesn’t grab us in the first sentence or the title, it’s unlikely that you’ll receive a click-through. In fact, visual content is more than 40 times more likely to get shared on social media than other types of content.

To prove the point about us millennials being ‘visually pleased’, the launch of Instagram in 2010 and it’s great popularity since can be just enough to reflect the appeal. I am an avid Instagram user myself, socially uploading at least once a week and uploading frequently for work too.

Using Instagram for work is a growing and relevant trend that is beginning to appear more commonly and I can only predict that this will continue to rise. With Instagram approaching it’s 7th birthday in October 2017, it’s doing pretty well with its popularity as its user numbers are creeping up to industry hoggers such as Facebook and Twitter.

In the early days of social media, Facebook quickly became the big player. Bebo and MySpace began to take the back foot and Facebook worked its way to the top spot. With the launch of Twitter, Instagram and LinkedIn, people were more inclined to opt to use more social media platforms, meaning less time spent on Facebook.

On a recent small Twitter poll, I asked ‘what form of social media do you use most often?’. As expected, as this poll was hosted on Twitter, 44 per cent declared this as their answer. But, this was closely followed by Instagram at 40 per cent. Only 12 per cent of the people in my poll stated Facebook to be their most used platform and 4 per cent declared LinkedIn.

Although Instagram is based around photos, Facebook doesn’t escape our photo-loving trait as there are over 300 million photo uploads on Facebook every day – more evidence to support the statement that we are such a visually pleased generation. Not to mention how much sharing of these images goes on: a good image with a good caption can go a long way and if your business is the stem of this, business awareness can blossom for you immensely.

Instagram users ‘like’ 4.2 billion posts per day – meaning your page is more likely to show up on a user’s discovery page if you are consistent with your posts. Again, more awareness of your business you could be missing out on.

Let’s not forget Snapchat! Being launched in October 2012, this popular photo capturing app isn’t just used socially. With constant new updates that allow users to read quick, snappy news pieces, along with tips on, Snapchat provides more than just a platform to socialise with friends. A lot of companies who want to reach out to the younger generation generally, ought to get themselves on Snapchat as 73 per cent of Snapchat users are millennials.