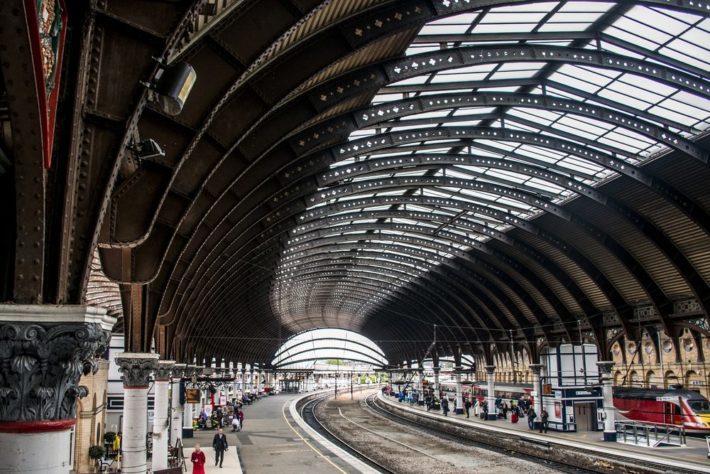 Prime Minister Boris Johnson last week promised to “build, build, build” by injecting billions into public projects to ease the UK through the aftermath of the coronavirus pandemic.

He used a keynote speech in the West Midlands to say he wants to follow in the footsteps of American president Franklin D Roosevelt, who led the US out of the Great Depression in the 1930s.

In the speech, he announced the Government intends to spend £5 billion to “accelerate infrastructure projects”. So far, so headline-grabbing. But scratch the surface and an immediate problem presents itself.

In Government spending terms, £5 billion can be considered small change. With some £1.5 billion allocated to hospital maintenance, more than £1 billion to a 10-year school rebuilding programme, and £100 million on road projects, that leaves only £900 million for what the Prime Minister called “shovel-ready” projects in England.

When you consider that the final estimated cost of the rail HS2 project currently amounts to around £106 billion, it’s clear to see that the planned investment, spread across so many infrastructure and maintenance projects, pales into insignificance.

So, to get the biggest bang for the taxpayer’s buck, the Government will need to identify projects with the potential to generate the most economic benefit, pound for pound – no mean feat at a time when there are so many competing priorities to balance in terms of public spending.

One project I believe has the potential to pay significant dividends (and provide a key component of the UK’s infrastructure) is the proposed Western Link Railway to Heathrow (or WLRtH), a new 6.5km link between the Great Western Main Line and London Heathrow Airport.

The proposed rail connection would speed up journeys to Britain’s busiest international airport, by allowing passengers to travel to the airport from the South Coast, South West, South Wales and West Midlands (not to mention the ‘engine room’ of the Oxford-Cambridge ‘innovation arc’) without having to travel to central London and back out again.

The estimated cost of the WLTtH project is around a comparatively modest figure of £1 billion, whereas according to the Network Rail, the immediate economic benefits include 42,000 new jobs at a time when they will be much needed.

Post-Brexit, Britain needs to extend its reach internationally and showcase UK Plc as an attractive place to invest and do business. Improved transport links with international markets will be an essential part of that effort to secure vital trade and investment.

Key sectors that would benefit, for example, are high-end engineering, medical R&D and life sciences, with much of this activity concentrated in the Thames Valley and Oxford-Cambridge arc. These clusters would benefit significantly from an improved rail link to Heathrow, as it would open up new and improved transport options to international markets.

Funding this “shovel ready” project would demonstrate that UK Plc is serious about being open for business, by making it easy for potential trade partners, distributors and investors to fly into London and reach these regions easily by rail.

Of course, at the same time, we also need to keep one eye on our environmental footprint, as we grapple with the seismic challenge presented by climate change. By reducing congestion on roads, including the M4, M3 and M25, the WLTtH project is predicted to result in lower CO2 emissions equivalent to approximately 30 million road miles per year.

Considering the level of the proposed investment announced this week, it is clear that any spending needs to be as targeted and strategic as possible.

If the Government’s legacy is to be anywhere near that of FDR’s ‘new deal’ it will need to focus in on projects that deliver immediate economic impact while ticking other equally important boxes such as sustainability.

As we look towards ‘building back better’ over coming months and years, I believe that the Western Link Railway to Heathrow is one such project.

By building a critical missing link in our transport network, it will produce significant economic benefits, create new jobs, improve our international competitiveness and reduce the number of car journeys across a vast swathe of the country.  At the moment, it is hard to think of another project that would generate as much immediate return at a time when every penny of public investment counts more than ever.

Richard Wade is a partner and head of the Construction Planning & Environmental Team at Blake Morgan, specialising in construction and development, procurement and disputes.
View all posts

Richard Wade is a partner and head of the Construction Planning & Environmental Team at Blake Morgan, specialising in construction and development, procurement and disputes.