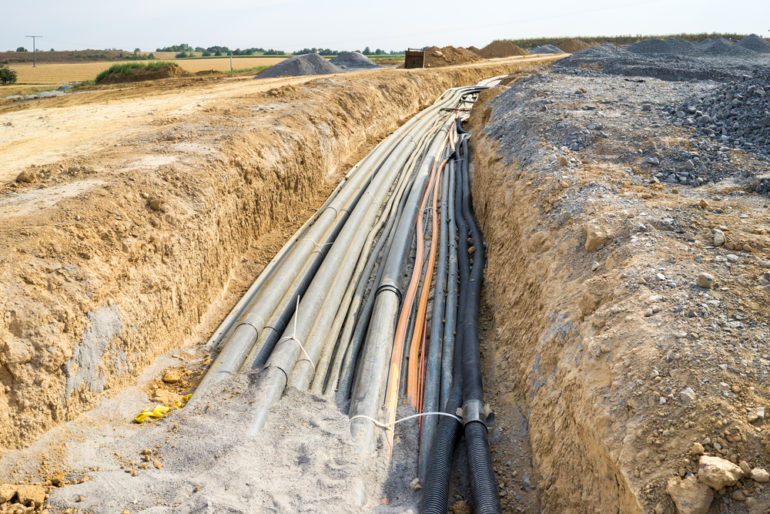 This summer has seen an unprecedented level of attention given to the future of the UK’s ailing broadband infrastructure.

It is long overdue. Evan Wienburg, founder and CEO of TrueSpeed Communications explains that the National Infrastructure Commission’s recent calls for investment in a digitally-driven economy to the UK Government’s Future Telecoms Infrastructure Review and its vision of a full-fibre broadband future, connectivity is finally back on the agenda.

For rural businesses in particular, such clarity of vision may have arrived late in the day but it is nevertheless a most welcome intervention.

Currently, many companies based outside of the cities are struggling to keep up with the digital economy, not due to a lack of skill or want, but the simple consequence of inadequate infrastructure which cannot support today’s basic connectivity needs, let alone the needs of tomorrow.

For these businesses, the proof must now be in the pudding, with the Government’s stated full-fibre intentions serving as a call to action across both the public and private sector. It’s time to convert rhetoric into action, so that, as we move towards a post-Brexit world, British-owned businesses can thrive across all parts of the UK.

Digital connectivity is the lifeline to thousands of rural businesses operating outside the major UK cities that combinedcontribute upwards of £229 billion to the UK economy. Regardless of location, every business is now heavily reliant on access to the internet, whether its making e-commerce payments or providing online customer support. In 2018, fast and reliable internet must be seen as a utility, for it is as vital as electricity in any home or office.

Inadequate infrastructure hampers growth and profitability as well as diluting regional talent pools and discouraging local investment. For example, many commentators cite the technological revolution over the past 15 years as being key to unlocking the possibility of flexible working across the UK, which has in turn expanded the labour market.

But while this may be true for urban-based employees, many of their rural counterparts simply cannot work from home – a great irony given how many people move out of cities to try and improve work/life balance. At a time when, in many cities, price hikes in urban housing are causing a huge problem for job seekers, the reasons for stimulating rural economies are self-evident.

Yet as things stand, these rural areas struggle to support business needs. Local communities are subsequently eroded by the ongoing drain of talented workers to the cities, simply because the local economy isn’t strong enough to keep them there.

To date, these rural businesses have been left bemused by a succession of ill-conceived stop-gap solutions to try and stop them falling even further behind in the connectivity stakes. Earlier this year an agreement was formed between government organisations and the Church of England to try and use church spires in local villages to extend wireless broadband provision to the community. It will come as no surprise to learn that the partnership has not yet delivered impactful results across rural Britain. That’s not down to a lack of effort – it’s because it’s the wrong solution, a short-term fix when a long-term vision is what’s required. We shouldn’t be thinking purely about keeping our businesses competitive over the next five years. This is about equipping our country with an infrastructure capable of delivering for several generations.

As the Government-backed full fibre push now begins in earnest, more and more stories are already appearing about rural communities taking the issue of woeful internet connectivity into their own hands. There are great examples of community broadband schemes delivering with speed, clarity and vision, from Broadband for the Rural North to High Speed Universal Broadband in Scotland, highlighting how to achieve connectivity success without government funding. Such communities will continue to force their way into the digital economy and help UK plc migrate to a full fibre future. Similarly, private sector infrastructure firms are also proving that – contrary to the grumbles of certain prominent incumbents – it is indeed possible to equip hard-to-reach rural areas with ultra-fast broadband while turning a profit. For local authorities tasked with plugging the remaining connectivity gaps, the smartest thing they can do is consult with the communities they seek to support, asking rural businesses and entrepreneurs about their needs in order to co-create a vision of what the regional digital economy needs to look like in each locale.

As we battle on through this current period of economic and political uncertainty, building a truly future-proof broadband infrastructure in rural communities is vital to ensuring the UK economy holds its own. But more than that, it’s the foundation for a more equitable and balanced future for UK plc – and every one of its employees.