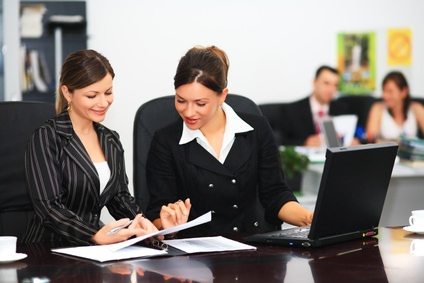 When most people think about success, they think about adding things to their life: more money, more prestige, a nicer car, a bigger house. The problem with that way of thinking is that it ignores the fact that your ability to succeed is directly proportional to your ability to let go of things. Let me explain.

Because you are a human being, you have the potential to do and to be many different things. However, though it’s true you can do anything, you can’t do everything. Every life decision that you make is not just saying yes to the future you want to create but also no to the many other futures that you might have otherwise created.

If you’re going to be truly successful at pursuing that future, you can’t waste time and energy mooning about what might have been if you had made a different decision. You’ll only achieve your goal if you truly let go of those other desires and possible directions.

The ability to let go is especially essential for managers. It’s a truism that the most effective managers delegate as much as possible. By contrast, people who micromanage are always a burden on themselves and the people around them.

Success as a manager therefore means letting go of responsibility and authority. Mitchell Kertzman, one of the most successful entrepreneurs in the world, once told me:

When I started [my first] company, it was a one-man business. There was a time when I did every job in this company. I wrote the programs, I sent out the bills, I did the accounting, I answered the phone, I made the coffee. As the company has grown, I do fewer and fewer of those jobs. And that’s just as well, because I was certainly less competent at them than most of the people who are doing them now. I’m the reverse of the Peter Principle in the sense that I’ve finally risen to my level of competence, which is that I don’t do anything very well and now what I do extremely well is nothing.

Similarly, Lew Platt, arguably HP’s most successful CEO, once characterized the job of the CEO as “managing the white spaces on the organizational chart.”

Business pundits are forever touting the importance of being flexible and nimble. What that really means, though, is that you, and your organization, must be willing and able to let go of behaviors that were successful in the past and are no longer working.

The same is true throughout life, which is actually a process of shedding the burdens and misconceptions of youth. As St. Paul so memorably put it:

This is not a philosophy of loss or grief but of the greater success you can achieve that can come only if you truly learn to let go. At the risk of going from the profound to the trivial, I would like to illustrate this point with an experience of my own.

A few months back, I was in a state of incredible frustration. Every part of my business seemed to be stalled, with the solution out of my control. While I was in this state, I called a friend of mine, the movie producer/sales executive David Rotman. (I wrote about him in a prior post.)

He listened to me complain for a few minutes and then said: “Geoff, take a piece of paper and a Sharpie and write the following words in big letters: ‘I love letting go.’ Now hang that paper by your computer screen.”

“That’s your advice?” I asked.

I did as he asked, and I’m looking at that piece of paper even as I write this post. Do you want to know what that piece of paper did for me? Plenty. Because it was in my face every time I sat down to work, it reminded me that it’s crazy to obsess about things over which I have no control.

It was hard, but I finally managed to let go of the things that were driving me crazy. And guess what? I began to see that some of the goals I was so worried about meant a lot less to me today than in the past. As a result, I started putting more energy into my writing and into my creative thinking.

What happened? Well, I can’t give you the details just yet, but some incredibly positive things happened, none of which would have taken place if I hadn’t followed David’s advice, if I hadn’t let go of my conception of how things were supposed to be.

I’m not holding myself up as some kind of role model, because, to be honest, I struggle with this stuff every day. However, I do know one thing for certain. Whatever success I might achieve in the future will be the direct result not just of letting go but of learning to love the entire process.