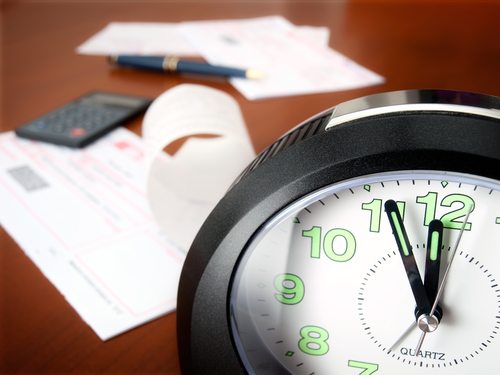 The Forum of Private Business last month reenergised the prompt payment debate having put Sainsbury’s in its Hall of Shame, for what the organisation termed as ‘unethical’ payment practices.

The supermarket, which was keen to emphasise its ‘ethical’ credentials earlier this summer prior to the Olympics, of which it was a major sponsor, wrote to its non-food suppliers to inform them that their standard payment times were to increase by 150%, from 30 days to 75.

The Forum also used the issue to point out how Sainsbury’s had just weeks before amending its supplier payment conditions, had refused to sign the Prompt Payment Code – a voluntary code of practice which sees signatories promising to treat their suppliers fairly and to not change payment terms retrospectively.

Labour MP Debbie Abrahams had written to all FTSE 100 companies who had not signed the Code asking for them to do so. Sainsbury’s wrote back politely declining.

But while Sainsbury’s is a high profile case, according to the Forum their behaviour is not at all uncommon. It claims big businesses regularly try to bully small suppliers in to accepting longer payment times. Such instances, it says, usually go unreported with whistle blowing far too great a risk for most SMEs reliant on contracts from regular clients.

So would the Sainsbury’s case have been prevented by the introduction of the Grocers Code Adjudicator – a legislated for watchdog to protect supermarket suppliers from exactly this type of behaviour? Not, according to the Forum, which points out that the Adjudicator will only safeguard food suppliers.

So while it would be plausible for certain suppliers to report Sainsbury’s, or any other major supermarket for this type of behaviour in the near future, non-food suppliers may well continue to see it.

Does this mean the Government have legislated for a lame duck watchdog?
To a degree, yes, says the Forum, which describes this issue as a real oversight by legislators, particularly with supermarkets nowadays selling much more than just typical grocery items. Few supermarkets only sell perishables food stuffs these days, the larger stores selling clothes, electrical, IT equipment, and much more besides.

There’s an argument that it would be just too much for any watchdog to cover everything that is sold by modern supermarket. The counter argument would, however, be that all suppliers need to have safeguards in place to protect them from big businesses attempts to bully the supply chains and creating artificial lines of credit.

The Government has in the last few weeks involved itself in the mechanics of the supply chain system with the announcement of the supply cahin credit scheme. The scheme would see big business notifying banks when they have approved an invoice, lenders are then able to offer discounted loans to the supplier, safe in the knowledge the borrower has guaranteed finance in the near future.

While initially welcoming the scheme, the Forum did raise some concerns. It said the scheme was clear acknowledgement that banks were still not lending to business. It also said that it is vital for those big businesses who take part to make sure the money goes all the way to the bottom of the supply chain. Those are the smallest businesses that would most benefit from the better credit rating of larger organisations.

In addition, the Forum says there’s a real prospect that large firms will abuse the system by making it a pre-requisite for suppliers who use the system to accept longer payment times.

There the case big business will also feel less compelled to pay promptly.

The Forum describes this as a ‘double kick’ for SMEs. A lack of lending from banks is one of the main barriers to business, hence the reason for such initiatives as supply chain finance. Late or slow payment is also a massive problem for small businesses. This could effectively mean small businesses swapping one debilitating barrier to growth and jobs for another.

Ultimately, says the Forum, the banks have to resume lending as well as relationship banking. Until then, no matter what type of scheme the Government of the day comes up with, the economy will not be able to fully heal.