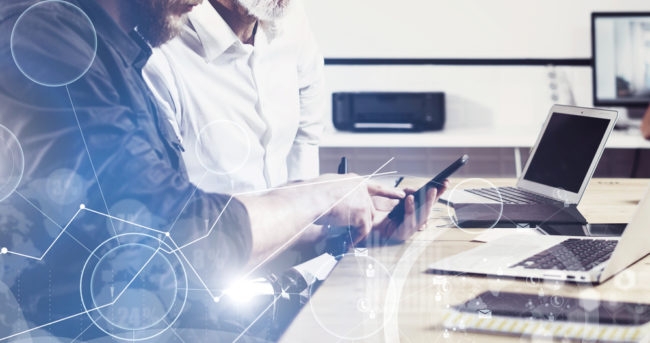 The UK’s creative industries present a compelling case for investors to consider.

Internet distribution is having a transformative impact on how we consume audio-visual media, from films and high-end television productions, to animation and video games.

Will Harrison, Managing Director of Media at Ingenious explains that this is leading to rising levels of demand for global content, and increasingly for content originating outside of the US. Supported by attractive fiscal incentives and a strong tradition in developing highly-valued intellectual property, the UK is at the forefront of developing its audio-visual sector for a global market, where it is gaining a competitive advantage.

Overall spending on global content is rising exponentially and this is being led by the major Internet streamers. In 2018, Netflix has assigned between $7 and $8 billion to original content productions and Amazon expects to spend nearly $5 billion (see Figure 1). Over the next five years, it is estimated that Netflix and Amazon will together spend more than $20 billion per year on original content.

Other large players are also entering the premium video space: Apple, Facebook and Jeffrey Katzenberg’s mobile content start-up Quibi are all reported to have committed significant expenditure ($1bn+) in 2018 and beyond.

Shifting television viewing habits (especially among the younger generation) as well as accessibility to video on demand from multiple platforms are fuelling increasing levels of spending on content in a more competitive and fragmented market. According to OFCOM, there are now more TV subscriptions to Netflix, Amazon and Sky’s NOWTV than to traditional pay TV services in the UK: in the first quarter of 2018, UK subscriptions to the three largest online streaming services overtook pay TV subscriptions for the first time (15.4 million viewers versus 15.1 million). Meanwhile, annual revenue growth for online audio-visual services grew at a robust pace of 25% in 2017.

As television services globalise through the influence of the Internet and markets become unshackled from a small number of national broadcasters, the opportunities for content providers and production companies are broadening. In particular, the new streamers are viewing the non-US market as a strong area of growth.

This year Netflix is doubling its 2017 budget for original content in Europe to $1 billion. Amazon, Sky and HBO Europe are also ramping up their investments in the European market, including plans to increase their local language offerings.

Regulatory changes in Europe may also help to simulate further investment activity. In December, the European Parliament will be voting on proposals to widen the remit of the European Union’s broadcasting rules to include a 30% quota for European-originated works on video-on-demand platforms.

Large increases to total content budgets are allowing streamers to cater more widely to consumer demands and so complement their exported US production offerings with locally produced content. Demand has always been strong for locally produced content – consumers love stories to which they can relate, told in their own voice – and a local content offering allows streamers to compete with national broadcasters, providing local marketing hooks for their services.

Furthermore, given the successes of a number of original high-end television shows originating in Europe, great, authentic storytelling can transcend globally.

UK production companies are placed in a particularly competitive position, not least because of the English language advantage but also their strong track record in producing high quality, distinctive productions that have global appeal. UK high-end television production companies generated a record £2.7 billion in annual revenues in 2017, attributed mainly to overseas sales from programmes such as Victoria, Sherlock and Midsomer Murders.

Moreover, the value of television exports from the UK has grown six-fold in the last twenty years, with high-end dramas seeing particularly strong external demand through the sales of programme rights, format rights and new commissions.

Angel investor Richard Alvin, who currently has 12 investments in media companies, agrees with Harrison’s view on the UKs media: “I am actively only looking at the UKs media sector with both print and streaming companies and see that there will be huge growth in 2019/2020”.

UK is now the second largest global market after US

Internet streamers recognise the value that UK production companies bring to their video-on-demand services and the UK is taking an increasing share of their non-US budgets. The UK’s audio-visual sector is already the largest in Europe, outpacing Germany by 20% and France by 50%, as well as being the second largest globally after the US.

Overall spending levels on production in the UK have seen unprecedented growth in the last few years, rising 63% between 2012 and 2016.

While the film industry comprises more than half of this spend, high-end television production investment more than doubled between 2012 and 2016 to £896.7 million.

In addition, between 2015 and 2016, UK-based productions released on Netflix and Amazon outnumbered those originating from other non-US countries. Of the 33 original high-end scripted titles, 15 were non-US-led and, of those, 11 were UK-led. In other areas too, the UK is positioning itself as a global frontrunner. Spending in the video games industry rose 70% between 2015 and 2016, when tax incentives came into force.

The UK’s depth of resources in intellectual property – including a long-established history of storytelling and journalism, access to digital infrastructure and finance, and expertise in information technologies – have all helped to attract inward investment. In addition, a key driver of international fund flows has been UK government policy.

Various fiscal initiatives over the last decade and a looser regulatory regime have helped to embed the UK’s creative industries as a core contributor to overall domestic growth. Beginning with the film industry in 2007, tax reliefs have been extended to high-end television and animation (2013); video games (2014); and children’s television (2015). Recent analysis suggests that with tax relief supported industries contributed nearly £8 billion to the domestic economy in 2016.

Of course, there is always a risk that targeted tax reliefs could be removed and/or the burden of regulation tightened. These risks are judged to be small, though, given the UK government’s strong public commitment to supporting these industries over the long term.

Industry research forecasts that the UK will be the major global hub for audio-visual content by 2025.

Indeed, the UK’s creative industries are now widely considered to be of key strategic importance to the future output, productivity and diversification of the economy.

A maturing market but not yet plateauing

Strong growth rates in production spending may suggest that the UK is a maturing market for audio-visual content. However, the shift from national broadcasting to an era dominated by an extensive distribution of global digital networks is still in its relative infancy, and there remains potential for significant future growth.

At the commissioning level, the streamers still comprise a very small proportion of total spend by the domestic broadcasters – the BBC, ITV, Channel 4 and Sky. According to the TV and film trade association Pact, Netflix and Amazon spent £150 million in 2017 on British-made television shows such as Black Mirror and The Crown, which represented just 7% of the £2 billion total commissioning spend.

Over time, Internet streamers are likely to account for a larger share of this expenditure as they increasingly focus their efforts on the non-US market.

All of the above trends, coupled with the extensive distribution that global digital networks like Netflix and Amazon have access to, are leading to significant benefits for small and independent UK production companies. Nonetheless, in a highly competitive market, how do investors find companies that can develop strong intellectual property and are capable of creating a durable product?

In short, those investors who have strong relationships with the key players across the industry will be the most advantageously positioned. Investing in the UK’s audio-visual sector requires not only industry expertise and knowledge, but also a depth of experience which can yield access to a broad spectrum of companies.

It will be these attributes combined with the fundamental underpinnings of advancements in Internet streaming, increasing levels of global content spend, and ongoing UK government support which will allow investors to exploit this growing market opportunity. Over the long term, the conditions are in place for the UK’s creative industries to continue to expand their global market share and be a key contributor to the UK economy.