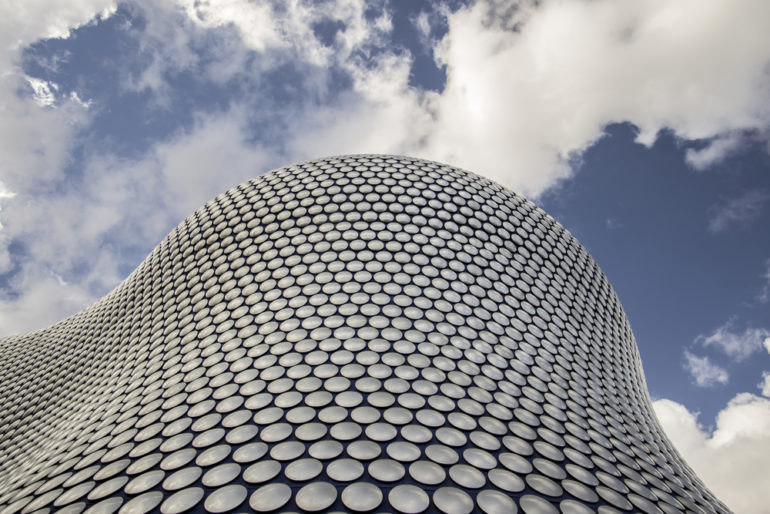 The city supports over 36,000 tech jobs and generates £1.4billion in turnover, according to Tech Nation. Digital and creative businesses are setting up shop in places like Innovation Birmingham Campus, Assay Studios and the Custard Factory, while local business groups such as Silicon Canal are building a fast-growing tech ecosystem across Greater Birmingham.

Birmingham isn’t the only tech hotspot in the region, of course. Coventry, Telford and Wolverhampton for example have been identified as “Digital Super Towns” of the future, places with the potential to become leading tech hubs in the UK. And in the ten years between 2006 and 2016, Coventry experienced the fastest growth in the number of digital creative enterprises (5.6% p.a.) of all the major urban centres in the West Midlands.

Digital technology can help towns and cities across the West Midlands to boost economic growth and accelerate productivity, but we need to expand our base of digital talent. That’s why Vodafone has published ‘Brain Gain’, a report containing a set of policy recommendations to help the West Midlands – as well as other UK regions – attract and retain highly qualified people.

Holding onto university graduates is a challenge for regions across the UK. As the infographic above shows, 10,195 people left the West Midlands within six months of graduating to start work elsewhere, data from the Higher Education Statistical Agency shows.

But we can turn this ‘brain drain’ into a ‘brain gain’ – and local businesses have an essential role to play. To support university students and recent graduates keen to launch digital start-ups, local employers could serve as mentors, holding drop-ins at co-working spaces to provide advice and guidance.

There are already plenty of facilities in place to help new start-ups, such as SP/ARK in Wolverhampton and the e-Innovation Centre in Telford.

Policymakers have a role to play as well. By increasing the stock of low-cost workspaces for example, local governments could help to attract even more digital entrepreneurs to their towns and cities. Carrying out an audit of unused or underutilised public sector buildings, which could be converted into low-cost offices, would be a good first step to take.

We can also retain skilled people by attracting and recruiting returners – people looking to return to work after a career break. To help employers design their own returner programmes, Vodafone recently partnered with the Government and Equalities Office to launch a Toolkit containing guidance from Timewise and Women Returners. You can read more about the Toolkit here.

Building the digital infrastructure we need

To attract digital talent, we need to upgrade our digital infrastructure, both in the West Midlands and across the UK. Vodafone acquired the biggest share of 5G spectrum in Ofcom’s recent auction, and we plan to use it to deploy 5G services, which includes connected vehicles, robotics, industrial automated systems, and virtual and augmented reality.

Also, as part of our commitment to investing in regional development, Vodafone announced a deal with CityFibre to provide gigabit-capable full fibre broadband to approximately 12 cities, reaching one million homes across the UK by 2021.