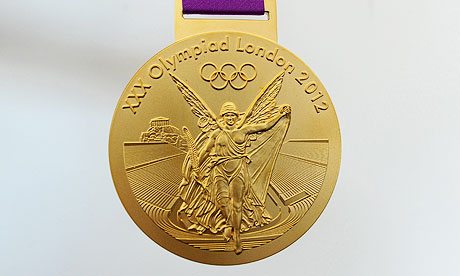 The Olympic success of Team GB has ignited the nation’s admiration for those that dedicate their lives to achieving world class excellence in the sporting arena. In the afterglow of such achievements, now is the time for business leaders to follow the example set by our outstanding athletes and put in place the necessary steps to ensure they too steal a march on their competitors.

Whilst elite performers such as cyclist Ed Clancy and Nicky Adams – the world’s first woman to win an Olympic boxing medal – have rightly grabbed the headlines, their success was far from instant. Painstaking planning, stamina, investment, discipline and mental toughness over many years is requited to spark peak performance and the coveted title.

Dedication, blood, sweat and tears lay behind every small, but crucial gain. Victoria Pendleton won her heat by the width of a tyre. Britain’s sailing team spent 12 months tracking down a specific hull polish to boost performance by an extra 1-2 seconds. British Cycling’s “Marginal Gains Team” researched the effect of using ‘warm suits’ between the rounds in the velodrome to shave fractions of a second.

I’ve had the privilege of working behind the scenes in some of the Olympic programmes since the lead up to Athens in 2004. From my perspective it is no surprise that we’ve seen more and more success in recent Games.

During the past few years, I have been studying the traits of world class performers, both in sport and outside. Unsurprisingly, I have found that the traits that I see in truly world class athletes and sports teams (including Olympians) are also present in high achievers such as Michelin star chefs, world leading adventurers, world record breakers and world champions across a huge range of disciplines. In fact, as outlined in my latest book How to Shine, these traits and characteristics can be adopted by all of us.

I believe that there are five steps to creating a world beating team that businesses can implement. They are:

Everyone focused on the same goal – this requires leaders knowing their role and eliminating time and effort on activities that detract from the end goal. Egos must also be forfeited for the greater good – they have no place in outperforming teams

Everyone sharing standards and expectations – critical to success is everyone agreeing the level of team performance required. Collective ownership and understanding reduces the risk of underperformance.

Total appreciation of each other’s roles – everyone openly acknowledges their colleagues contribution to the game plan and team members share mutual respect.

Celebrate the team’s diversity – by harnessing, maximising and playing to everyone’s strengths to turbo charge performance and motivation.

Brutal honesty – in the same way that outperforming Olympians take responsibility for their success – every team member must be accountable to themselves and each other.

Let’s examine the facts behind the medal haul since Athens, 2004, when Great Britain was placed 9th in the medal table with 9 Golds, 9 Silvers and 12 Bronze (a total haul of 27 medals).

In Beijing we won 19 Golds, 13 Silvers and 15 Bronze medals, finishing a very respectable 4th behind China, USA and Russia. Interestingly, in Beijing we won more Gold medals than silver or bronze, which is a very positive move.

In London, we surpassed most people’s expectation by finishing 3rd in the table. Team GB scooped 29 Gold medals, 17 Silver and 19 Bronze. The London Games actually gave us more Golds than our entire medal haul from Athens. In just 8 years, we have increased from 27 medals to 65.

So, what’s the behind this success? Is it simply the funding and investment? Does that explain everything?

I think that’s part of the answer. Funding can provide a lot. It provides facilities, equipment and travel budgets. Undoubtedly these are all important ingredients. However, I don’t believe that it gives us the complete answer.

Funding can also buy time. It allows athletes to train full time and buys in support staff. Those elements are definitely helpful, but that doesn’t tell the whole story either. Time can be wasted, so simply buying time doesn’t necessarily produce success. I believe that there is another dimension, which underpins our success. That element is … mental attitude.

Often success and failure are separated by the smallest of margins. One or two minor details can prove to be costly. If we let the ‘little things’ slip, there is a chance they will become ‘big things.’ Details which seem almost insignificant can have a knock on effect. In short little things can accumulate, compound and become ‘big things.’ This works in two ways. If we let things slip, it can cost us.

Equally, if we get all the ‘little things’ right, the compound effect can be really powerful. Consistently attending to details is crucial for success and one that every world beater will recognise in themselves.

How world class performers think, how they make decisions, how they approach challenges and deal with set-backs demands a specific mindset. I believe this level of thinking, attention to detail, scrutiny and diligence is at the heart of our Olympic success.
The same strategies and principles which transform athletes and sports teams into global champions can also power business performance to new heights.

With four years of flat growth predicted, every MD can learn from those who strived for, and achieved, excellence – which is why I launched the Be World Class conference series to enable businesses to learn from top class achievers. World beaters do not give up, comprise – or accept second best.

There is a Chinese proverb which says, ‘a journey of a thousand miles starts with a single step.’ I actually believe a journey of a thousand miles is entirely composed of single very achievable steps. Starting with the end goal in mind is equally true of the champion adventurer and the committed business leader. In navigation, focusing on the next step may seem obvious but it is a great analogy for business performance and one that world beating organisations will recognise.