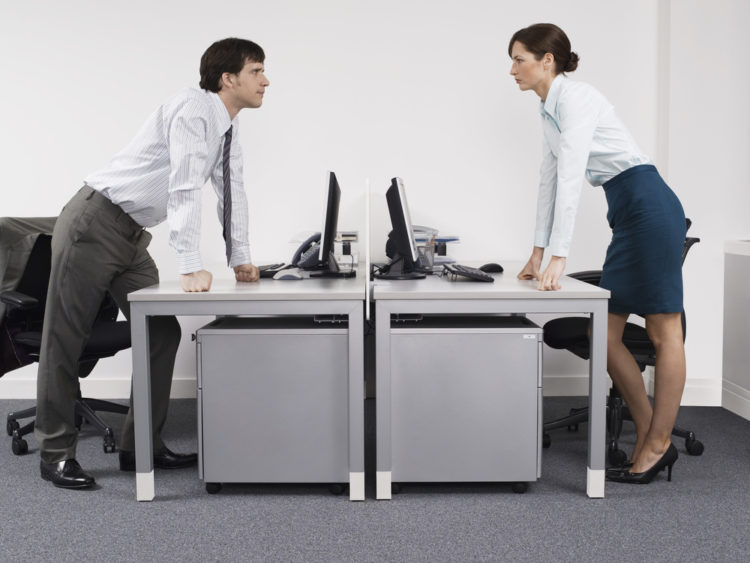 A big majority of people agree that equality is important. Indeed, polling for Ipsos found 70 per cent of British women – and 58 per of men – agreed that achieving parity between the sexes is important to them personally.

Yet, while it’s clear that the case for equality has been successful in convincing people of the argument, progress is still painfully slow. Indeed, the World Economic Forum estimates that it will take 217 years for the gap in pay and employment opportunities to be closed for good. That’s bad enough in it’s own right but it’s even more damning when you consider that this number – revealed in November – was actually revised up from its estimate of the year before (which was 170 years).

Yet, while there appears to be a mountain to climb, there’s no reason to completely lose heart. Recent legislation from the Government, for example, forced companies with more than 250 employees to publish details of their gender pay gaps. This served to add detail to the broad picture known to campaigners and put the issue to the top of the news agenda, giving equality the all-important oxygen of publicity.

We’ve already seen that the equality pendulum can swing drastically one way, given the publicity around the issue and the public desire for parity, there’s every reason to think that it can shift back in the direction of fair workplaces. While the World Economic Forum deadline is useful in showing the huge task at hand, it’s important not to get too fixated by exact dates and, instead, zero in on the mindset changes required in order to achieve equality.

When employers understand the rules

It’s important to reflect on the fact that we do already have legislation in place that should help to address the imbalance in the experience of both genders in the workplace.

However, the Equality and Human Rights Commission found that employers are failing to apply the law correctly. It found that more than a third of private sector bosses believe it’s fair to ask women about their plans to have children during recruitment and four in ten employers feel pregnancy ‘puts an unnecessary cost burden on the workplace’.

Rebecca Hilsenrath, Chief Executive of the Equality and Human Rights Commission, said: “It is a depressing reality that, when it comes to the rights of pregnant women and new mothers in the workplace, we are still living in the dark ages.

“We should all know very well that it is against the law not to appoint a woman because she is pregnant or might become pregnant. Yet we also know that women routinely get asked questions around family planning in interviews. It’s clear that many employers need more support to better understand the basics of discrimination law and the rights of pregnant women and new mothers.”

Until employers understand and accept the laws around what is and isn’t acceptable in their behaviour to women, there will be a problem to address. There is definitely room for more legislation – but merely accepting and utilising the current rules would do much to help the cause.

When we properly appreciate the benefits from closing the gap

The case for equality normally rests on fairness – and given the numbers quoted at the top of this piece that message seems to have been heard. However, there is also a cold hard economic reason for equality in the workplace – and understanding this might well help to push progress forward.

PwC’s Women in Work Index, for example, found that the UK would benefit from a £180 billion boost to GDP if female employment rates were boosted to match those of Sweden – a 9% increase on 2016 levels. The current situation leaves a substantial amount of skills and economic potential untapped.

Whatever your view on fairness, the economic case is clear and Government’s will find it increasingly hard to ignore such a carrot. In an uncertain world – with the destabilising features of Brexit and Trump – it’s unlikely that this can be ignored for much longer.

Not only that, but it’s important to reflect on the unpaid and undervalued roles in the workforce which are typically performed by women. Until we see the value of this work, we’re unlikely to reflect its importance.

She said: “The unseen labour which forms the backbone of our society must no longer be dismissed and ignored by economists and policy-makers as ‘economically unproductive’.

“This Grossly Undervalued Domestic Product is an integral part of the economy, not separate or tangential or even a drain on so-called ‘productive’ work. After all, even the father of economics himself, Adam Smith, lived with his mother for his whole life – an arrangement that left him free to write his great works.

“As a first step towards an economy that works for our society, there should be universal free childcare and properly compensated shared parental leave. By giving everybody a stake in care, we would begin to value it properly.

“Economic reform is not just desirable, but inevitable and necessary. We know that more equal countries are happier. Women’s equality has the power to transform both our economy and our lives.”

When we embrace new technology

Legislation and economic reality should prove to be important drivers of progress, but new technology can also play its part.

In its eBook ‘HR and the Digital Revolution’, AdviserPlus reveals that more than half of people working in HR (56%) believe that digital technology can solve deeper issues in the workplace, such as equal pay and diversity.

The confidence comes from three key areas. Firstly, technology such as messaging tools, project management systems and mobile apps make it easier for businesses to offer an effective system of flexible working. The failure to be flexible has often frozen out women who want a better way to manage their childcare commitments but this technology is making the case increasingly difficult to ignore.

Recruiters, meanwhile, are using tools to sift through CVs and offer ‘blind recruitment’ – minimising the unconscious bias that could creep into the thinking of a human being. Greater collection and use of data, meanwhile, exposes the pay gap and gives women the information they need to challenge a ‘bad deal’. In the past, too many women have suspected they’re getting an unfair deal without being given the chance to challenge it.

The more data that is available, and the more tools that can take away barriers to flexible working and human error, the better the chance of a more equal workforce.

No one factor alone will deliver the equal workplace that we all want. However, a combination of factors – all coming together at once – does have the power to turn the tide. There’s clearly a desire for equality – now it’s time to use legislation, the economic case and greater technology to bring the dream closer to reality, and deliver it much, much sooner than the 200-plus year ETA we currently have.