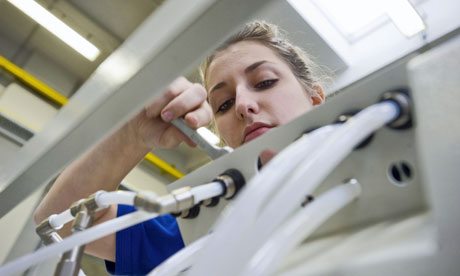 “There is far too much duplication and cross-over between varying schemes,” said Will Davies.

“Research by the Local Government Association suggests that for people between the ages of 13 and 24 there are at least eight different national organisations which fund 33 different employment schemes catering for 13 different sets of age boundaries,” he said.

“We need to get back to the basics of the old fashioned apprenticeship system,” said Mr Davies. “No matter how many schemes the government support none of them will be absolutely perfect for every individual. We need to give long-term unemployed youngsters the chance to work and the chance to learn basic disciplines like time keeping and team work.”

Participants are required to complete a number of physical and mental ‘boot camp’ challenges with the reward being a full-time, paid handyman apprenticeship with aspect.co.uk.

It is intended that the handyman apprenticeships lead to a specialised training in any building trade of the successful candidate’s choice.

“We see it as a real version of ‘The Apprentice’,” said Will Davies. “The youngster who displays the most initiative and contributes the most during the boot camp will be rewarded with an employment contract.”

“With over a million youngsters unemployed companies throughout the UK need to take the initiative and offer a route out of ‘benefit culture’ for young people – especially the ones who haven’t, for one reason or another, performed well academically,” he said.