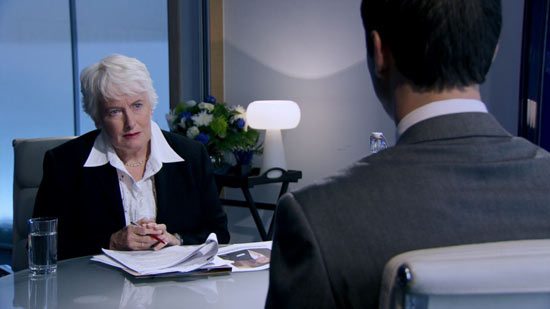 For all the humiliation this latest bunch of business no-marks have put themselves through over the last 10 weeks, there is nothing quite like tonight’s interview episode.

For the uninitiated the final five in the process to be Sir Lord Alan of Sugar’s apprentice/business partner/employment tribunal opponent, are tonight subjected to a grilling by a group of the Lord’s closest advisors.

Their CVs are pulled to shreds, business plans mocked and confidence stubbed out like a cigarette butt underneath the heel of Margaret Mountford’s shoe.

Now don’t get me wrong, Luisa, Jordan, Francesca, Neil and Leah deserve a good bashing for putting themselves up for this third-rate game show, but again, all it serves to do is give those outside of business a very distorted view of the real world.

There is always an element of trepidation surrounding job interviews. I’ve had plenty of candidates sit in front of me unsure if they’re about to get their head bitten off! But, for me, that is not what an interview is all about. Much of it’s about assessing personality fit, enthusiasm and desire. This can’t be achieved if you give candidates a trip to a business Guantanamo Bay.

Of course, its entertainment, but entertainment can be educational. The amount of positive feedback that I received for the recent episode of Peter Jones Meets that I took part in proves that business and television can mix and provide inspiration.

I was sent loads of tweets from people who saw that hard work and dedication can turn a business idea into a successful reality. I’m not sure seeing Alex dressed as a Sargent Major on a poorly thought out Business Away Day delivers the same level of inspiration!

Professor Martin Parker of the University of Leicester’s School of Management hit the nail on the head this week when he said the programme presents a completely false depiction of the business world, which encourages candidates, or let’s be honest, contestants, to be morally bankrupt. Very true, but you don’t have to be a Professor to work that one out!

It was ironic that the BBC demoted its annual ‘Final Five’ programme in its schedules on Monday for a documentary about the new Wimbledon Champion, Andy Murray.

Instead of a programme revealing the unspectacular back stories of the remaining handful of contestants at 9pm, we were treated with a documentary that demonstrated that natural talent mixed with dedication, hard work and commitment can lead to success at the highest level!

The only bright spot on the horizon for The Apprentice is that it’s rumoured that this series will be Alan Sugar’s last. Hopefully, it will lead to this third-rate soap opera being consigned to the history books and take its rightful place alongside shows like Eldorado and Crossroads! 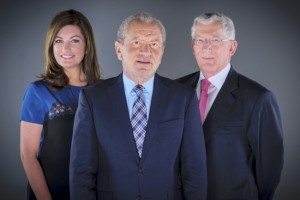