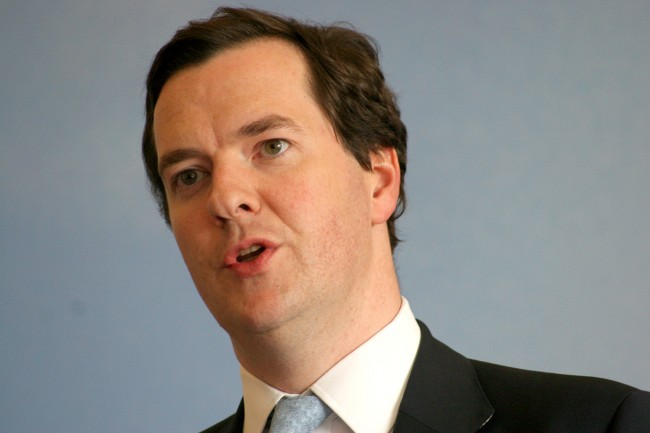 As an economy, we were hooked on benefits, and when the financial crisis hit in 2008 the whole rotten condition was laid bare. Clearly we could no longer go on in this way, the bill was too high, but breaking away from the dependence on welfare, funded by taxation was also to many an unpalatable and even impossible alternative to consider.

However here we are now in 2015 with unemployment at 6 per cent, well below 2 million, new businesses springing up all over the place, and a government promising to train three million more apprentices during this Parliament, to add to the 2 million who were taken on between 2010 and the present.

Despite doubts and the predictions of those whose political ancestors built the massive welfare state that was dragging us under a sea of debt, we have in the last five years emerged from emergency measures in good shape.

Today was supposed to be the day when the true ‘nasty Tory’ spirit was going to emerge from behind the shadow of Nick Clegg’s Lib Dems, and show its true colours, or so the backers of the old Benefits Britain Juggernaut would have had us believe.

But you only had to listen to poor Harriet Harmen blustering away on Wednesday afternoon to understand how difficult it is to play the nasty card against a Chancellor who has just brought in a compulsory minimum living wage and got tough on non-doms.

The Times has even jokingly suggested that we got an ‘Ed Balls Budget’, which seems hard to align with the left’s assertion that George Osborne was campaigning for the PM’s job. Hmmm – smashing Non-dom and boosting the incomes of the low paid . . . that’s really going to appeal to the Tory heartland!

Sure, lowering the benefits cap to £23k in London and £20k everywhere else will not be universally popular, but it is consistent with returning people to a mind-set that working needs to be the primary way for those who can to make a living.

In addition to making working for a living a more attractive alternative, compared to not doing so, directly through the weekly pay packet, there was plenty more in the battered red leather box to boost the economy’s ability to create jobs for the willing, and indeed create more willing for the jobs.

Income tax will not start until £11,000; Sunday opening rules will be relaxed; the fuel levy will continue to be frozen, and the big one for me is the drop in corporation tax to 19 per cent in 2017, and 18 per cent by 2020, a move that led last night to the UK being mooted as a potential tax magnet, drawing in large international companies to pay their tax here. So not really an Ed Balls rip-off after all I guess, and thank god for that!

Again, not exactly what I would have liked to have seen – a nationally-organised apprenticeship regime, where every young person leaving school without a job, college or university place is placed in a fully-funded apprenticeship.

But giving large employers the option of spending money to train up their own new workers, or paying anyway without getting the benefit of the new skilled workforce will certainly help move UK PLC to become a more productive economy.

Verdict: This budget provides evidence not only of George Osborne’s determination to transform the UK’s high tax, high welfare economy into a more prosperous low tax, low welfare dependence one, but also of the real possibility that if we stick to a combination of push and pull policies, this once considered impossible outcome, can be achieved.

Yesterday’s speech was a great piece of work, the nuance of which nobody saw coming, but which many of us are this morning still applauding.