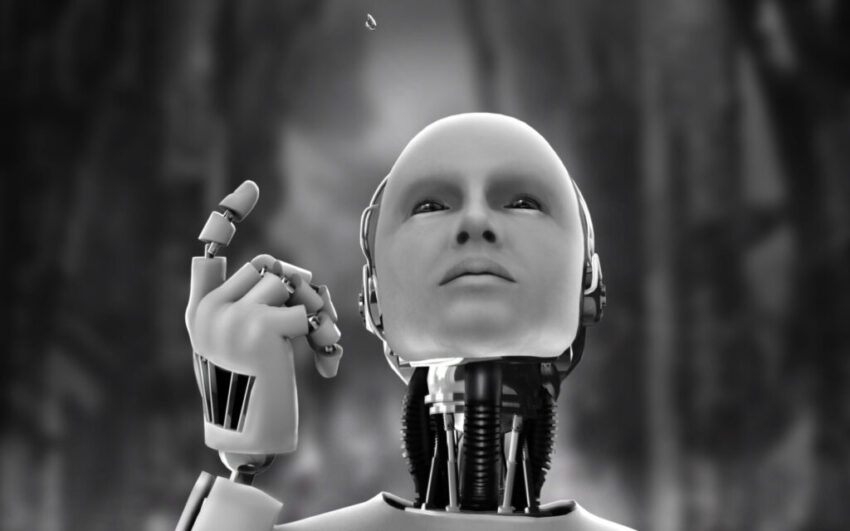 “The empire of the future are the empires of the mind.” Winston Churchill

Where the wonders of the ancient world came by moving great masses of rock and building incredible feats of engineering, architecture and man-management such as the construction of the Pyramids of Egypt – the wonders of the world of late have been more technological and cerebral in nature. Virgin Galactic, the Moon Landing, the Smart Phone – all knowledge-yearning, inspiration and data driven projects – all firmly rooted in science – are most likely to stand out in history as equally as impressive feats of human achievement in future ages. However, we are on the cusp of something different in the modern world. We could end up innovating ourselves out of jobs. But fear of change – and the stagnation this fear brings – is in my view a far worse fate.

With many jobs involving strict protocols and processes – the likelihood is that the next decade will see them automated. The computers of the future (unlike the glitchy operating systems we know today that so often freeze when overwhelmed) will have enormous processing power and will boast a far smaller chance for error than humans. Such a change should be viewed in no other way but a welcome progression for a well-oiled society.

But what does this mean for employees?

It seems cruel – but such things are nothing new. The lamplighter was replaced by electric street lights that light automatically. The switch board operator was replaced by an automatic switching system. I’m sure the workers in these situations felt hard done by at the time. Looking at the bigger picture – these people’s efforts were probably better utilised elsewhere. To put it in historical context, would you protest the invention of the car just because you made your living from driving a wagon and a horse?

Nowadays, technology allows for huge amounts of interesting data from which insights can be extracted. The more our personal and professional lives become automated, the more data we create. However, although we have become increasingly advanced when it comes to collecting the data, the skill of being able to analyse this data effectively has not developed at the same pace. In the ever-changing workplace of the future, people will be required to be creative and adaptive problem solvers. The worker who struggles with activities lying out of his immediate comfort zone will find it increasingly hard to cope. Both companies and their employees must learn to prepare for this friction. The resistance from the workforce can be placated if they can tangibly see that some of the wealth created from automation will flow back to them – not unlike the way that the wealth that cars created for car makers ripple its way back to individuals and society at large in the decades following the roaring 1920s.

The way I see it, as technology advances, so will the human roles and skills needed to operate and interact with machines. The workforce is also going to have to progress at a similar trajectory. This new man-machine balance will free people’s time up – increasingly allowing people to take on intellectually challenging jobs and explore and experiment with the capabilities of these new technologies. A range of permutations and combinations of man and machine will emerge: think about how handymen will use the data collected by Nest smart-home thermostats to make better decisions about your home’s AVAC. Or how home owners will get better at selling their own home by using augmented reality apps from their smartphones when taking a potential buyer through a viewing. Or how office managers can search, qualify, book, and pay for flexible office space online. The possibilities are endless.

The worker of the future will use these tools from an early age and will have the resources to maximise their productivity, and therefore their potential in the workplace of the future. Although, of course, there will also be other factors at play – this democratisation of knowledge does allow the more motivated and technology savvy and opportunity to outpace those slower to adapt. Those from privileged backgrounds may lose their golden ticket to success to a breed of go-getter, data-gobbling techies.

The workplace of the future will be very different; roles, in particular, may be less boxed in and far more fluid. Any job that involves following strict processes and number crunching – such as the function of the accountant – will more than likely be simplified and automated – allowing an ambidextrous employee to execute an accounting function as part of a larger value adding role within a company. Computers and their increasing power to process data will become prevalent in ways we haven’t yet imagined. And with the rise of the FinTech movement – I believe that accounts production and reporting will become an automatic function generated digitally and updated seamlessly behind the scenes. All of a business’s monetary transactions (including the management of petty cash) will be recorded automatically and collated in to a cloud based app. The skill will then come in interpreting this data. Processing requires long periods of discipline without lapse in concentration whereas analysing requires a mix of experience, insight, and intelligence. Financial staff will need to ‘up their game’ to stay relevant.

So how does the worker of the future build resilience in the age of automation?

The ability for workers to be multi-skilled with sound analytical skills, honed commercial intuition, and a mature level of emotional intelligence will make them resilient in a business ecosystem where these qualities are valued. The workplace will also have to adapt to cater to this new type of environment. Executing projects successfully will require differentiating points of view, discussion and deliberation. This will require open collaborative workspaces, a trend which we are already seeing throughout the creative industries, who will ‘trend set’ for other sectors to follow. Already, it is becoming obvious that we do not need PCs and landline phones in the workplace. These unmovable forms of contact are impractical in the fast moving world of spontaneous interactions and flat hierarchies. Smartphones and tablets, backed up by unlimited cloud based storage and gargantuan processing power of remote servers, will inspire the way the offices of the future are designed. Cerebral, intellectual work will prevail while other work will vanish away – and this will change everything from workplace design to management organograms.

Churchill spoke about the empire of the minds being part of the future. Either way you look at it, change is coming. Any time you spend revolting against automated processes would be better spent ensuring you have the skills to do something else – because as the work place changes with increasing velocity, our best chance of survival is to join ranks with the ‘data gobbling’ technophiles.

Faisal Butt is Co-founder and Managing Director of Spire Ventures, a venture capital firm chaired by James Caan that invests in entrepreneurs with property related businesses. He is a former winner of Shell Livewire’s "Young Entrepreneur of the Year" and holds an MBA with Distinction from Oxford University
View all posts

Faisal Butt is Co-founder and Managing Director of Spire Ventures, a venture capital firm chaired by James Caan that invests in entrepreneurs with property related businesses. He is a former winner of Shell Livewire’s "Young Entrepreneur of the Year" and holds an MBA with Distinction from Oxford University