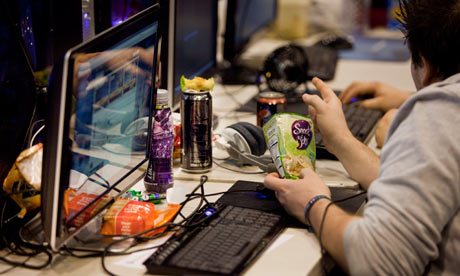 New school building guidance has allowed this bastion of teachers’ breaks to be axed – and this in a world where so many companies are now understanding the importance of rest and relaxation in the day? I fear this is such a negative and backward step. Even Starbucks in December 2012 stated it was cutting paid lunch breaks, among other benefits it was slashing, and this got me thinking about reinforcing the need and benefits of a break and somewhere to have it during the day.

Back in 2008, we were being quoted figures of 1 in 6 people not taking a lunch break and we threw our arms up in horror at this. How could it be? Why would you not take your breaks due? But as the economy decreased and the pressures increased in our working days this has, in a recent BUPA survey, been confirmed now as 1 in 3 not taking the break – a trend driven by falling profits and rising expectations on our working day.

A recent BBC report reaffirmed what we already suspected; that 54 per cent of 600 office workers regularly worked through their lunch breaks, 53 per cent believed the culture of not taking lunch breaks to be widespread in their workplace and 20% felt under pressure from managers not to take a break. It makes depressing reading.

Back in the day when I worked in the ‘corporate world’ I too felt that angst – the desire to take a break, to see daylight and breathe fresh air, only to know I had a report to write, a restructuring document to prepare or a consultation meeting to attend. ‘Oh well’ I would sigh, ‘tomorrow is another day’ to quote Rhett Butler in ‘Gone With the Wind’. Only tomorrow was the same as today, and would be the same as the day after. Days turned to weeks and weeks to months and yet I still would not manage to escape at lunchtime. It was my loss.

Now I work for myself, it’s this small thing I cherish most. I take that half hour minimum of me time. Why? Well let me explain…

I have downtime now in my day – a chance to rest my mind. This helps me regroup and refocus. Additionally my lunch break gives my brain an emotional break away from the cognitive demands of my job. I can relax a bit and recharge my emotional batteries. I have even been known to go for a walk between client meetings and get some of that longed for fresh air. And finally I actually eat now – not just a bag of crisps or a chocolate bar and cuppa, but proper food!

I read recently that the company Postcode Anywhere, when relocating from city centre offices, placed a huge emphasis on lunch and wellbeing, even signing up to a company gym membership and encouraging employees to make the most of it and get some exercise at lunch.

The Chemistry Group, after noticing falling productivity, undertook a survey of staff and determined that energy had a big part to play. The study discovered that employees were shattered, so a number of changes were initiated, the main being to assist the staff with their diets and lunchtime habits. Already this is showing positive productivity changes apparently.

So, if you still think lunch breaks aren’t important, read on:

• Increased creativity – the pressure of trying to push yourself at your desk to complete a particular task is not conducive to ideas. Most ideas usually come when a person is relaxed. Lunch breaks when people are engaging in discussions with other people, may actually help you solve a stubborn problem

• Better physical health – the BBC reported that eating while continuing to check emails, etc. can lead to ‘mindless eating’, which can cause people to overeat and/or eat the wrong foods and therefore gain weight. Also getting away from work and out into the fresh air and under the sun’s rays will stimulate the body to produce Vitamin D and encourage the production of serotonin (a hormone that plays an important part in the regulation of mood). It can also help combat SAD syndrome (Seasonal Affective Disorder). Next, getting away from our workstations, and moving about helps prevent the onset of musculoskeletal disorders (from prolonged poor posture) and in extreme cases potentially deep vein thrombosis (DVT), which can be caused by long periods of sitting. And finally in this benefit area let’s not forget that desks and keyboards often harbour high levels of bacteria (sometimes even more than toilet seats) and food dropped whilst eating at your desk, onto computer keyboards can actually feed these bacteria. Bleurgh!

• Better mental health – After several hours of work, pressures build up and you may become overwhelmed, irritable and crash in the end. Taking a break in the middle of a stressful day helps employees to regain energy and positivity so that they can be more productive throughout the rest of the day.

So there’s overwhelming evidence that a break, and somewhere to have it, is a ‘must have’ not a ‘nice to have’ and we should follow the mind-set of the forward thinking companies I have mentioned, and others like them and make both a time and a place mandatory.

When was the last time you left your desk and took a real lunch break?