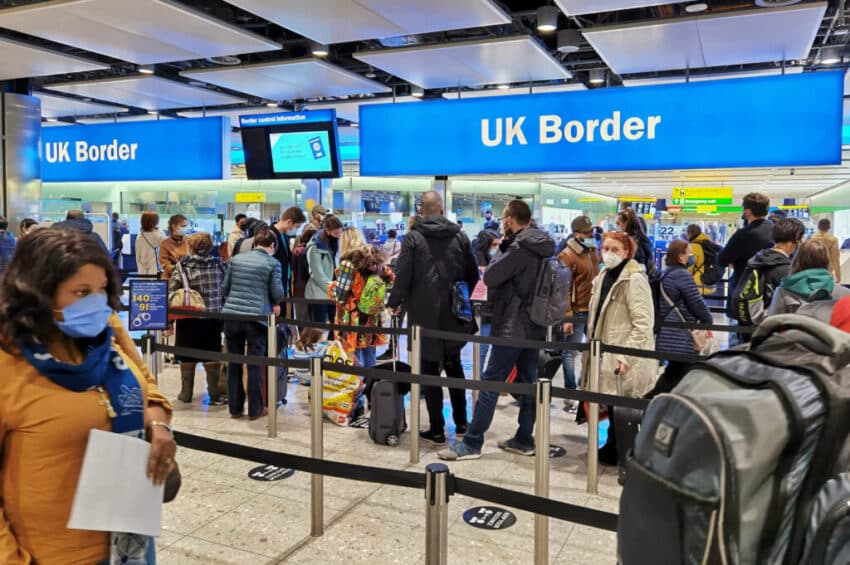 There were warning signs in late March that something terrible was unfolding in India. Case rates for Covid-19 were climbing.

It now seems likely that a fast-spreading strain — the Indian variant — added to the surge. Yet the world’s largest religious festival, the Kumbh Mela, went ahead in mid-April. In the town of Haridwar a million people jostled for a ritual plunge in the Ganges.

Large political rallies were held with no social distancing; India’s vaccine roll-out was shambolic. Within weeks hospitals were running out of oxygen.

Narendra Modi, the prime minister, has been accused of complacency — and UK ministers now face accusations that they, also, were too slow to respond to the Indian emergency.

Yesterday Matt Hancock defended the decision to allow passengers from India into England until April 23. India was reporting more than 100,000 new Covid-19 cases a day by April 5; on April 19 Boris Johnson cancelled a planned trade mission to Delhi.

A scientific adviser to the government said that ministers had been slow to act. Professor Susan Michie, of the Scientific Advisory Group for Emergencies, said: “The general consensus among scientists I know is [that] it didn’t make sense to delay border controls given what was happening in India.”

Hancock said the numbers were misleading because India does more testing than its neighbours.

The decision to bar travellers from Bangladesh or Pakistan was based on the proportion testing positive after arriving in England, he said. On April 9 the share of positive travellers for Pakistan and Bangladesh was three times higher than for India. When rates for Indian travellers began to climb, it was added to the red list, he said.

The government has noted that the strain in Indian was not officially designated a variant of concern until May 6.

Experts are not convinced. Paul Hunter, professor in medicine at the University of East Anglia, said: “By the last week in March it was very clear that the epidemic in India was running out of control. As early as March 26, India had twice as many cases per head as Pakistan and was increasing rapidly — so India should have been on the list.

“To argue that a [variant of concern] was not present in India when so few infections are being sequenced is to miss the point. Also, when India was placed on the red list to give people such a long period of notice was always going to cause problems.”

What now awaits to be seen is whether the Indian variant is the equivalent of a English spring shower or a South Asian monsoon. “It is not until strains become widespread in a country with sufficient scientific infrastructure and detailed surveillance systems, that the real-world characteristics of the variant can be reliably assessed,” Professor Andrew Hayward, of University College London, said.

Government advisers are reasonably certain that it has higher transmissibility than the Kent variant, which placed the NHS under immense strain over the winter, though that involved a largely unvaccinated population.“This conclusion is primarily based on rapid emergence in some UK areas where [the Kent variant] was being effectively controlled by social distancing and vaccination, as well as the rapid emergence in India,” Hayward said.

Early data suggests that vaccines should work against it, though much more work is needed to be sure. “We have no evidence that case fatality is increased but we also have no evidence that it is not,” Hayward said. At present, then, we are waiting with bated breath to learn just how much of a concern the variant is.

What the increase in transmissibility actually amounts to may prove key. A 50 per cent rise might allow the virus to outrun the vaccination scheme, potentially sending large numbers of people to hospital. A smaller increase, say below 20 per cent, would keep summer intact.