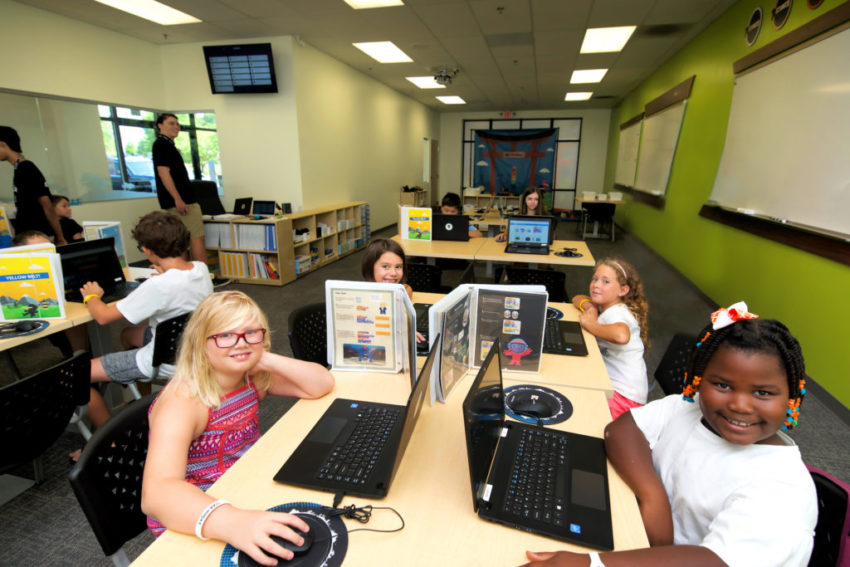 Despite it being something that most people are aware of, the statistics around the lack of women in the tech industry still make for shocking reading.

Outnumbered 4:1, women make up only 19% of the UK tech workforce and occupy only 5% of the industry’s leadership roles.

Here David Graham, founder and CEO of Code Ninjas, explains that is there any wonder girls and young women struggle to envision themselves in tech careers – their role models aren’t getting the exposure they deserve, and there’s nowhere near enough of them.

I had 20-plus years as a software developer and worked with just three female programmers the entire time. Sure, times have changed, but in 2017, 78% of students still couldn’t name a famous female working in tech – compared to the 66% who could name a man.

STEM subjects have been pushed in secondary schools and further education for the last ten years or more – so why aren’t we seeing more women in STEM roles? And is enough really being done to address the gender imbalance?

It’s a problem that isn’t going to go away unless we continue to talk about it and take steps to encourage women into the sector – of all ages. And that’s something that now, with Code Ninjas, I’m especially passionate about.

Often, young girls’ only exposure to the industry is passive consumption of content, or during lessons in later school life. I firmly believe that the key to getting girls into tech, is introducing them to it when they are much younger and by it being fun. And I think what we’re seeing in our coding centres (known as Dojos) is proof of that.

We’ve got over 150 Code Ninjas Dojos in North America and girls make up 40% of all students – or Ninjas as we call them! We’re just about to open our first centre in London – and we’re expecting to replicate that trend across the UK with a network of franchisees.

Code Ninjas isn’t about encouraging girls into coding – it’s about encouraging all kids equally. Again, something I think the education system, and the industry itself, hasn’t been getting right up to this point. What we do differently is make classes fun and introduce kids to coding and STEM activities at a much younger age. And that’s where the magic happens.Fun is the key.

But you don’t just have to take my word for it. There are plenty of experts to back up this theory. Dr Martha Burns – a leading neuroscientist and expert on how children learn – says that dopamine plays a crucial part in learning and retaining information.

And we all know that dopamine is the fun chemical. Dr Burns refers to dopamine as the brain’s ‘save button’. She says that there are actually some regions of the brain that increase our motivation and interest in activities. Often referred to collectively as the ‘reward centre’, the regions are activated by dopamine. And the more motivated and interested we are in an activity; the more dopamine is released and the better we remember it.Basically, kids are more likely to remember what they’ve learnt if they have fun doing it.

Everything about Code Ninjas is built around fun. Kids between the age of 7 and 14 learn how to code bybuilding video games, robotics and drones – they love it! It’s fun, it’s loud – it’s exciting. Our centres are called Dojos, teachers are called Senseis and our little Ninjas progress through a game-based curriculum made up of nine belts, just like martial arts.

It’s all about the experience and couldn’t be further from the lessons that children generally associate with school. We keep things exciting and get that all-important dopamine flowing with little wins along the way, and ‘belt-up’ celebrations where they receive color-coded wristbands to mark their graduation to the next level.

Plus, what kid doesn’t want to be a Ninja? But of course, the centres also provide the results that parents are looking for. As well as coding, children gain the complimentary skills – such logic, problem-solving and teamwork – that they’ll need for the jobs of the future.

Where does this all fit? Well, a Women in Tech study by PWC in 2017 found that, due to a lack of interest, teachers not making the subjects appealing and being better at humanities or other essay-based subjects, young girls are less likely than boys to study STEM subjects at school. And this continues at university. The culminating effect is that only 3% of female students consider tech as a career of choice.

Now I’m not suggesting that the introduction of Code Ninjas alone is suddenly going to see a generation of girls streaming into the industry. But programmes like ours will definitely improve the chances that when it

comes to making choices based on likes, interests – and being able to see a future career – girls will be just as likely to choose tech as their male counterparts.