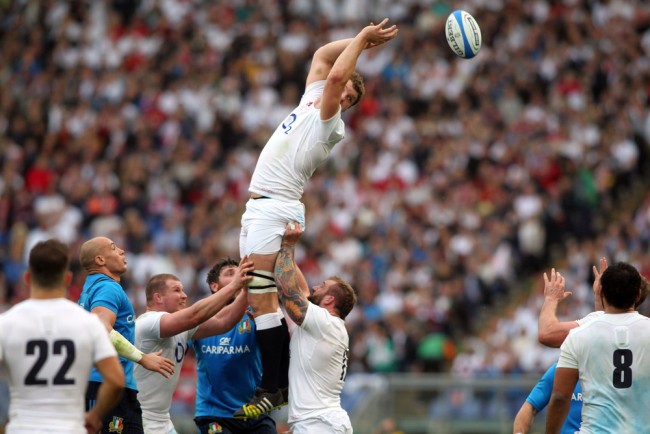 November’s defeat to Wales was reversed and they are now in a strong position. Whether you’re following the Six Nations or not, there’s plenty business managers can draw from the renewed England team.

Coming back from the defeats of the World Cup, the players really needed to trust their new coach and each other. It goes without saying, trust is vital in any team situation. Eddie Jones seems to want to give team members the opportunity to play to their strengths, and trusts them to perform. Choosing Billy Vunipola, who has previously been criticized for his fitness, as one of his three vice-captains is a strong demonstration of Jones’s trust in his players. This decision, though risky, has proved beneficial for both the team and Vunipola himself as he has found confidence in his role. In the business world, just like Jones, we too are ultimately responsible for the end result. While it can be hard to let go, building trust within teams remains one of the best ways to maximise their abilities.

It is widely acknowledged that clear communication is crucial for good team management. You might think that the sheer physicality of rugby means that coaches are men of few words and that suits the players just fine. In reality however, it’s lots of open communication, not just between coach and players, but also with all the support team involved, that will ensure that everyone is aware of the one goal they are all working towards and the progress they are making. Similarly, engaging communication in the workplace, is communication that cuts across department, team and even company silos. And it’s not necessarily in person either – enterprise social media, video conferencing and gaming environments are all excellent ways of fostering meaningful, digital communication.

Every team needs inspiration. For the Six Nations Tournament, the eloquence of the coach and his pithy remarks before any big match can be a game-changer – literally. And it’s something we shouldn’t forget either. Never go into a team meeting without having prepared at least some of the words you’ll say. It’s easy to forget, but when you were a newbie, I’m sure you looked to your team leaders for words of wisdom and encouragement and to be sure you were in synch with their objectives. Things haven’t really changed on the rugby field or in the meeting room.

While you are the leader, it’s important to remember that your team is made of up individuals who each have a huge amount to contribute. Jones, having brought a successful turnaround for the team, still insists that it is the team that deserves the most credit, especially the former captain, Chris Robshaw. Robshaw has been praised by Jones for his work on and off field, being known for helping out teammates after training so that they can improve their skills. If you think about it, I’m sure you know who your winger, scrum-half, prop and fly are. Collaboration is about enabling colleagues and peers to work together on and off the field and share some sense of ownership of the team’s successes and failures. As Jones caters to the individual temperaments and strengths of his players, nurturing each one’s role in the team, so too can managers develop their employee’s qualities to create a balanced, high-performing team that is bigger than the sum of its parts.

While communication is necessary if players are to be effectively instructed and inspired, we should remember that it’s not a one-way street. A coach who doesn’t listen to his players can’t keep in touch with morale or feedback with solutions to problems affecting the team. It’s the same in business. As well as keeping in touch with your team’s moral through regular communication, listening and providing feedback is essential. Eddie Jones, even after leading England to great success, is still pushing the team to strive for even greater things in the Grand Slam on Saturday. Whilst celebrating the teams’ well-deserved title, Jones took the time to openly discuss past failures with the players to see what they could improve on individually and as a team in the future. Whether it is through concrete actions or simply an acknowledgment of particular issues, letting your team know you care about their opinions will build loyalty and help you move on together, to greater successes.

Ioan MacRae is head of European Midmarket at Avaya. In this role, MacRae is responsible for driving Avaya’s midmarket presence and increasing market share across the EU region. MacRae has a wealth of sales and management experience with midmarket technology companies both in the UK and overseas. Most recently he was General Manager, UK, Ireland and Greece for Westcon Group.
View all posts

Ioan MacRae is head of European Midmarket at Avaya. In this role, MacRae is responsible for driving Avaya’s midmarket presence and increasing market share across the EU region. MacRae has a wealth of sales and management experience with midmarket technology companies both in the UK and overseas. Most recently he was General Manager, UK, Ireland and Greece for Westcon Group.