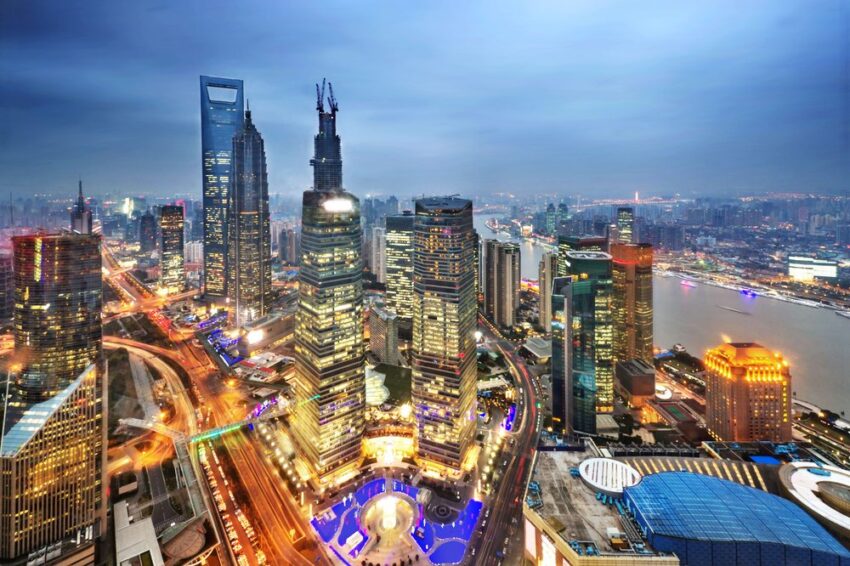 Whilst it ranks fourth on the scale of physical size, it rates top in terms of population with over 1.3B inhabitants. Only India comes close.

We all buy goods made in China every day. Its adoption of a free enterprise system administered by a one party, totalitarian, communist state, has proved very successful. In part this dramatic transformation from a third world country to a modern dynamic economy has been enabled by the government making decisions without the necessity of consulting an electorate as would be the case in a true democracy.

Whether or not you agree with a government having such power, it has proved effective in accelerating growth, once an internal free enterprise system was adopted of course. This new way of working has produced many hugely wealthy ethnic Chinese business people, several who are now multi billionaires.

The West’s eagerness for cheap consumer goods has kept China’s factories working 24 hours a day for years now, but what of the future?

I see problems ahead for China, it has a massive population who will gradually gain more access to globally produced information, which may in turn unsettle them. At the moment internet access in China is limited due to controls by the government, but whether this is sustainable long term I’m not sure.

Against this backdrop there is the universal advancement of robotics. China’s USP has always been availability of cheap labour. Robots can make things as effectively in Newcastle, Wolverhampton or Swindon, as they can in Hong Kong and they don’t need holidays, paternity leave, or child care!

Why transport goods six thousand miles to their primary markets when they can be made cheaper in your own back yard? This with many added advantages such as, reduction in carbon footprint, instant access to sales markets, and the ability to show potential buyers over your factory in a bid to convince them of your product quality. Buyers are more likely to drive to Birmingham for the afternoon than take ten days going on a tour of Shanghai! All important items in a buyer’s decision.

China’s exponential growth has been made possible by having a cheap labour force who are able to produce goods for the vociferous consumer appetite of the West, however this is under pressure, not just for the reasons I’ve listed above, but also because the West will start insisting on goods being produced ethically. I’m not just talking about carbon reduction but also the payment of proper pensions, education, health care and other benefits, all of which may not be so readily available to workers in China as I write.

Imagine, when true pension reforms come in within the Peoples Republic! If we struggle to maintain pension payments to our elderly in the UK, France & Germany how will China manage when doing so will be a requirement of a truly industrialised nation, rather than just an internal governmental choice.

We hear talk of China overtaking America as the world’s leading economy but for me being a leader is about more than money. It’s about democracy and how you treat your people. It’s about giving them the power to choose, not only what goods they buy, but who rules them too.

With all this in mind it is worth knowing that Chinese consumers covet goods made in Britain. Goods made here are seen as well made and can acquire an iconic place in Chinese homes.

Dairy products are one area which offers opportunity. Chinese consumption of dairy products is set to rocket. Optical goods offer another. British Cars such as Rolls Royce, Bentley & Range Rover are sought after status symbols by the growing breed of rich entrepreneurs throughout China and wave a flag for the UK.

It has been reported that by 2020 China’s import market will be worth over 3 trillion US dollars. That’s huge, and will only grow as the many Chinese tourists who visit the UK every year try to obtain products they first saw on the streets of London.

So if you’re an entrepreneur wanting to grow your business have a good look at China as a place to export your goods or service. Will what you have to offer suit the Chinese market? If it does there are over 1.3billion customers waiting to hear about it.

Write to the British Embassy’s commercial department for information about how to best approach this unrivalled opportunity.

By the way my observations about democracy and the future of reforms in China are personal views. I love China and its people who are among the nicest and politest on earth. The Chinese are reserved at first but are wonderfully cheerful and positive so don’t be put off by that apparent inscrutability. They are just weighing you up. Prove you’re trustworthy and you will have no problem dealing with them.

One last thing, make sure you visit the country, before, and not after you start trading there.