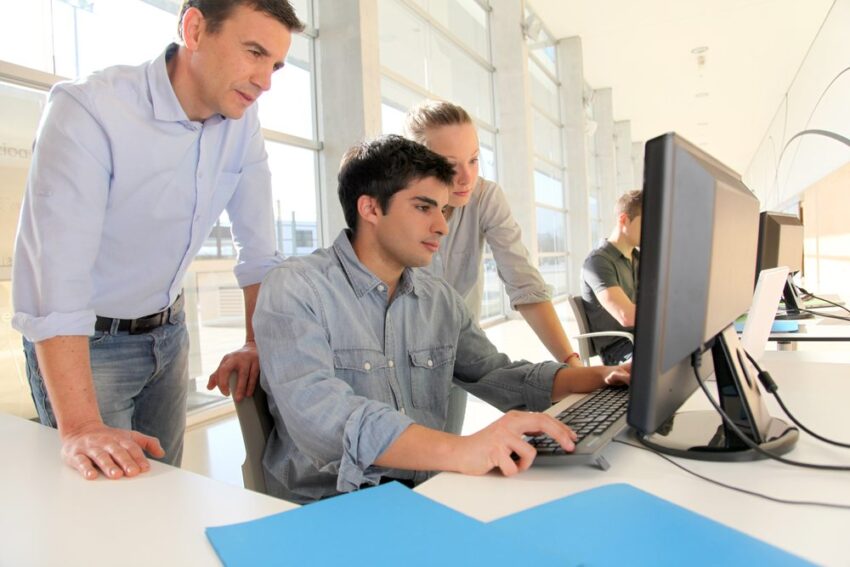 In reality, what Mr Miliband is promising is a youth training scheme because there is no way an economy managed by Labour could sustain such a level of apprenticeship training.

You can’t promise millions of apprenticeships to unemployed young people while at the same time attacking the companies and business owners you’d be relying upon to provide the positions and to do the training.

Even if the business community did decide it had no option but to throw its weight behind the policy, Labour’s high tax, anti-business agenda would mean the ‘guarantee’ would soon crumble, as the economy nosedived, leaving employers unable to afford to take on apprentices.

Soon enough, any major involvement of the private sector would be over, leaving Ed’s boys to either pull the plug on the ‘guarantee’, or revert to type and come up with some kind of state-funded quango, to take over the apprenticeships. Whatever the outcome it’s grim, and whatever way you look at it there is no way any politician can champion apprenticeships, without championing businesses!

I am proud to say that I have been campaigning for the elevation of the status of apprenticeships for many years, and maybe I have had something to do with the fact that in 2015 they have become a major political issue?

The political landscape has moved to a point where no party can expect to get elected without having a high profile apprenticeship policy. But bold promises shouted loudly on the campaign trail don’t make a difference when things just don’t stack up when you look beyond the headlines.

Over the past five years the business community has, with the help of subtle assistance from the Government, arrived at a point where it can afford to invest in the future. However should Ed Miliband move into Number 10 those conditions would disappear, along with the apprenticeship revival.