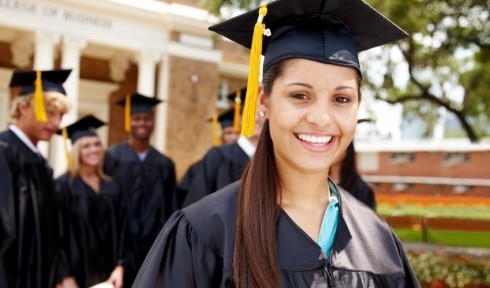 We have employed several people who have chosen not to go to University.  Two in particular come to mind – they opted to join the team because they already knew what they wanted to do with their lives.
University did not feel apt for either, even though both were straight ‘A’ grade students.
In both cases I quizzed the duo intensely at their interviews. Both were adamant they were making the right decision – and, in so doing, they confidently turned their back on University. Both benefited from excellent on-the-job experience at my company.  But, after a couple of years, they both regretted turning down University life.
Whilst they enjoyed their jobs and felt they were much closer to their goals than they would have been if they had gone to University, they also felt they had let themselves down by not getting pursuing a degree. Both subsequently signed up for part time degrees!
It is strange really because in their own particular areas of interest (retail and business management), neither of them needed a degree.  Their desire to have one was more about self-realisation.
I am all for people doing what they want to do in life.  But this one I find hard to understand because I have always seen study as a means to an end rather than something simply about self-fulfillment.
Thirty years ago, I believe people would not have even considered pursuing a degree if they actually wanted to go into an occupation where it wasn’t needed.
So many people now go to university simply because it is considered the norm.
I always employ graduates in jewellery design because this is a specific area where they need to have jumped through the difficult hoops that are put in front of them.  However, we have other superb specialists – our goldsmiths – who I simply feel do not benefit from a degree.  In fact it can slow them down.
My goldsmiths are absolutely brilliant and I strongly believe, some of the best in the business.  But they are good because they have been working hard at this ever since they left school (and often whilst still at school actually).
I have lost count of the number of jewellery graduates that I have spoken to who mistakenly thought their degree would put them in good stead for a career as a fine goldsmith.
Goldsmith courses tend to teach students the bench skills at a very slow pace, with one term of study perhaps only producing three or four pieces of jewellery.  When working and learning in the real world you naturally absorb the time expectation element of your work and learn to work faster, right from the start.
In my opinion, a degree in jewellery making slows down people’s bench-work speed. They can get so used to working slowly that they are not actually employable as full time goldsmiths. After three or four years working slowly it is very hard, perhaps even impossible, to learn to work properly fast.
Real experience in a company, usually straight from school at the age of 16, is a far better way to learn goldsmithing skills.
In essence, I believe that people considering University need to think hard about whether their direction requires a degree or if this could, indeed, be harmful.
Think about why you want to study. Is it because you need to study in order to secure the job of your dreams, or is it simply about self fulfillment and challenge?
Either is fine, but perhaps knowing why you want to study is part of making the right decision.