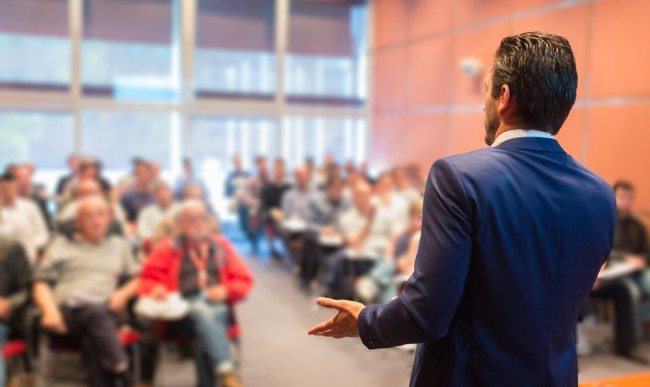 In pretty much every industry, from politics to computer programming, the goal is to eventually become an expert at what you do.

And yet feeling like you’ve learned all there is to know may come with significant downsides–namely, making you less open to alternate viewpoints, reports inc.

That’s according to a new study from Loyola University, cited on The Huffington Post, which found evidence of what researchers call the “earned dogmatism effect.” Essentially, people who perceive themselves to be experts feel entitled to be closed-minded and dogmatic.

After taking the test, participants answered questions from the General Open-Minded Cognition scale (originally used in this study), which is designed to measure open-mindedness. Participants indicated how much they agreed with statements such as, “I am open to considering other viewpoints,” “I have no patience for arguments I disagree with,” and “When thinking about an issue, I consider as many different opinions as possible.”

In other words, those who felt extremely knowledgeable were less likely to think that other people might have something substantive to contribute.

An earlier experiment in the study suggests that people also tend to accept dogmatism in others who they believe to be experts.

All participants read that Jason no longer has much patience for political opinions he disagrees with and believes it is a waste of time to pay attention to certain political ideas. Then they were asked whether Jason’s current approach to politics was warranted, justifiable, and appropriate.

Results showed that participants who read about the “expert” named Jason were more likely to think his current approach to politics was acceptable.

So how do you prevent earned dogmatism in yourself and others?

In a Reddit AMA, two of the study authors say that simply calling an “expert’s” attention to the fact that he’s kind of acting like a jerk can be helpful.

“Reminding people of gaps and limitations in their knowledge can promote open-mindedness,” they write.

As for keeping your own dogmatic tendencies in check, the authors say you should “seek out other viewpoints from experts in other fields, remind yourself of what you do not know, challenge yourself, and be aware that a feeling of expertise can lead to close[d]-minded thinking.”

Interestingly, in that same Reddit thread, the researchers say that earned dogmatism isn’t inherently negative. “There are situations where close[d]-mindedness is reasonable and warranted, even virtuous,” they write, for example, if you’re listening to an argument that is factually false.

The main takeaway here seems to be that an important, if often overlooked, part of acquiring knowledge is staying mindful of how much you don’t know. Until you’ve thoroughly investigated, it’s unwise to automatically dismiss someone else’s perspective as wrong.

You may be surprised to find how much you can learn from others.