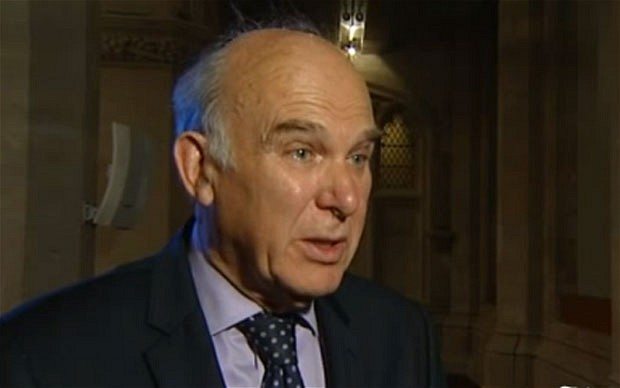 Mr Cable said an agency for business lending is being planned which would package loans into various types of bonds, backed by a state guarantee, which could bring a new source of money into the SME debt market.

The plan would involve a renaissance for called “securitisation”, which is associated with the kind of financial engineering that led to the economic crisis, reports The Telegraph.

Mr Cable told The Daily Telegraph that the Government would have to be “very careful” about the design of the agency given the risks associated with securitisation.

“An agency is part of the current thinking. We’d need to think it through very carefully and decide exactly what role government guarantees and financial support would play.

“A new version of securitisation does have a future. Various attempts have been made to relaunch it since the financial crisis and none have quite worked. But it’s one of the ways to get money into small businesses and we’ve got to try everything because there is a serious problem of supply of finance, not just demand.”

A Business Bank was announced by Mr Cable in September. It is designed to provide small and medium-sized businesses with an alternative source of finance.

The £1bn of taxpayers’ money will be supported by private partners to provide “£10bn of lending capacity”, Mr Cable said.
“The target market is medium-sized companies that want to borrow for longer than five years. We want to create a facility for companies to access what we call patient capital.”

The bank is expected to support loans on terms of between five and 25 years, with the focus on funding growth.

It is also expected to provide wholesale funding to start-up banks like Aldermore and alternative and online lenders such as Funding Circle and Market Invoice.

“If those things are going to scale, they’ll need access to wholesale funding to backstop that kind of model.”

The Business Secretary added that an advisory group is being established which will create a detailed business plan for the bank at the “beginning of 2013”.

A feasibility study on the securitisation scheme has been conducted by the Association for Financial Markets in Europe.

The idea would see existing lenders make loans to small businesses, then sell the debt on to the agency, which would in turn package loans in to bonds which could be sold on to the market. However, banks would have to keep a slice of each loan to avoid them simply passing the poorest quality debt on to the state-backed scheme.

The banking trade body believes securitisation of small business debt would bring new sources of stable funding for UK firms into play and allow banks to lend more freely despite tougher rules on how much capital they have to hold.

The plan will be controversial since securitisation is thought of as one of the key causes of the global financial crisis.