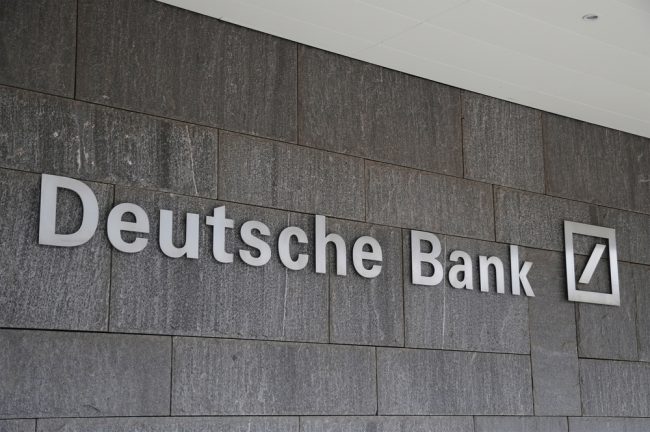 Deutsche Bank said it “has no intention to settle these potential civil claims anywhere near the figure cited”.

The claim against Deutsche, which is likely to be the subject of negotiations for several months, was much bigger than expected, reports the BBC.

The bank’s shares fell nearly 7 per cent in early trading.

“The negotiations are only just beginning. The bank expects that they will lead to an outcome similar to those of peer banks which have settled at materially lower amounts,” Deutsche Bank said.

The sale of residential mortgage-backed securities played a significant role in the 2008 financial crisis.

Banks in the US have been subject to a number of investigations over allegations of giving mortgages to unqualified borrowers, then repackaging those loans as safe investments and selling the risk on to others.

At the current figure, the fine facing Deutsche Bank it is one of the largest penalties handed out by US authorities in the aftermath of the financial crisis.

The Department of Justice sought $12bn from Citigroup in 2014 for the sale of mortgage-backed financial products. The bank ended up paying $7bn.

In 2013, JP Morgan Chase was fined $13bn following allegations it overstated the quality of mortgages being sold to investors and in the following year, Bank of America paid $16.7bn to settle similar charges.

Goldman Sachs settled for $5.1bn in January this year.

The fine has emerged at a difficult time for Deutsche Bank. Its most recent results revealed a 20 per cent fall in second quarter revenues and a 67 per cent drop in profits.

In July, one of Deutsche Bank’s US operations failed a stress test by the Federal Reserve, which it criticised for having “broad and substantial weaknesses” in capital planning and for making insufficient progress on previous year.

Neil Wilson at ETX Capital said that given the potential size of the settlement, “you have to wonder if financial regulators are starting to do more harm than good”.

“Given the very precarious finances of some European banks, of which Deutsche is one of the riskiest and systemically important, it’s disturbing and appears myopic and needlessly punitive.

“True, the final sum is unlikely to be as high as the $14bn claim, but somewhere around a third of that would seem par for the course. That would still represent a massive blow to a firm with a market cap of about €18bn.”