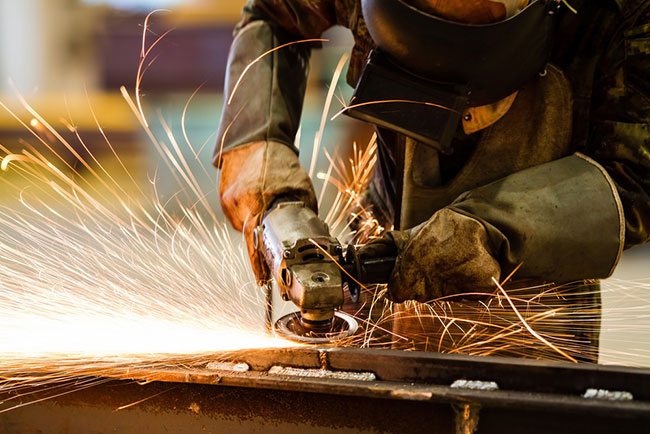 Companies most at risk from economic challenges, particularly those in oil and gas supply chains, were increasingly forced to diversify away from their troubled sectors, said manufacturers organisation EEF, which surveyed 273 company directors.

The Telegraph says that firms reported mixed success, adding to fears the UK is lagging behind other developed nations when it comes to innovation. Almost 30 per cent said the amount of money they invested to create new products was not enough to keep pace with competitors.

Separate data from the Office for National Statistics suggests the UK’s R&D spend is only 1.1 per cent of GDP, compared to 2.02 per cent in Germany.

“Manufacturers are finding that the results they achieve do not always match their ambition. Shortages of expertise, equipment and finance are holding them back,” said Lee Hopley, EEF’s chief economist. “Manufacturers want to do more, and every additional pound invested in developing the products and services of tomorrow can help get the UK closer to its goal of have a more productive economy.”

Companies in the oil and gas sector were hit particularly hard last year by a slump in oil prices, which saw a barrel of Brent Crude drop from $110 to $48 in just six months.

This led to a fall in demand for new machinery, hitting companies that make electrical and mechanical equipment, said the EEF. Some were forced to reduce prices, which squeezed the business at a time when the strong sterling was also reducing profit margins.

A third of respondents said boosting exports is a priority for their company, as growth potential in the UK remains flat. The Bank of England expects the UK economy to grow 2.8 per cent this year, although this is expected to moderate to 2.6 per cent in 2016.

Construction output recently posted a 0.5 per cent quarterly decline, while services output, which drives around three quarters of UK output, grew by 0.7 per cent.