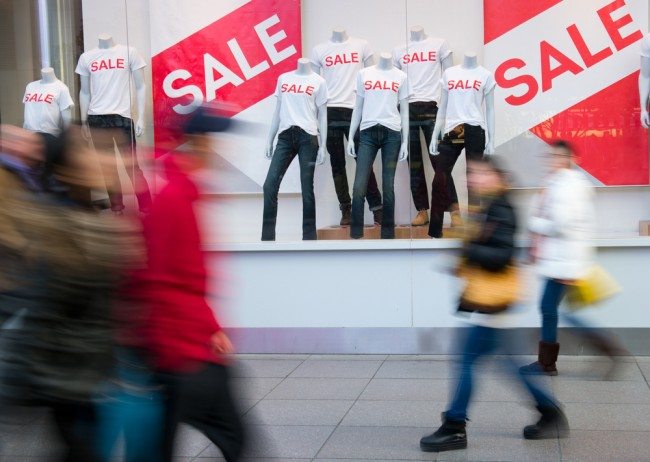 The consumer price index measure of inflation edged up to 0.1 per cent in July from zero the month before, defying City expectations for no change and pushing the pound higher. But inflation is still well below the Bank’s 2 per cent target, having hovered around zero since February.

The Office for National Statistics (ONS) said clothing prices were the main factor behind July’s rise, as shops offered fewer bargains in their summer sales. There was also some upward effect from airfares, which picked up more than last summer despite sharply lower oil prices.

According to The Guardian, those upward factors were only partially offset by falling food prices and cheaper diesel.

Economists said a big rise in the core rate of inflation, which excludes volatile items, such as energy and food, would be greeted with relief by some Bank policymakers, who have sought to reassure households that Britain is not on the brink of all-out deflation. The core measure rose to 1.2 per cent from 0.8 per cent in June, the highest for five months.

But there were mixed messages overall for those trying to predict the first rise in interest rates since the financial crisis, said Philip Shaw, economist at Investec.

“Today’s figures tell us little about the timing of the first increase in interest rates, which will depend on bigger picture news on domestic growth, pay trends and perceived downside risks in the global economy,” he said.

Inflation has been below the central bank’s target for 19 months, and in April fell into negative territory for the first time in half a century, with the CPI basket of prices down 0.1 per cent on a year earlier.

Bank policymakers would take some comfort from these latest figures, said Alan Clarke, economist at Scotiabank in London.

“The BoE are focusing more heavily on domestically generated inflation and core inflation – and there are two clear signs of upward pressure here – clothing and airfares,” he said.

“The latter is striking because oil is 50 per cent cheaper than a year ago yet airfares are up. We need another month or two to confirm that this was not a one-off, but so far so good.”

The figures helped lift the pound and it hit a seven-and-a-half-year high against a basket of other currencies and a seven-week high against the dollar at $1.57.

The latest inflation figures also signalled rail fares will rise by 1 per cent from January, given the rise is based on the July retail price index measure of inflation. That rate was unchanged from 1 per cent in June, and unlike the CPI includes housing costs.