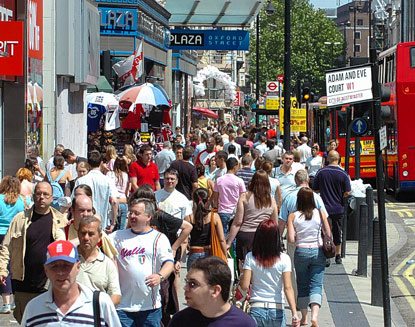 The Office for National Statistics is forecast to say at 9.30am that annual inflation fell to 2.3pc in July from 2.4pc in June, driven lower by food and petrol prices reports The Telegraph.

A fall would provide further relief for the Bank of England’s Monetary Policy Committee, which has repeatedly overshot its 2pc target in recent months. Inflation peaked at 5.2pc in September before starting to fall.

The Retail Price Index inflation figure – expected to remain at 2.8pc – will be used to calculate the increase in rail fares. In England fares will rise by inflation plus 3pc, while in Scotland they will go up by inflation plus 1pc. Wales has yet to set a figure for its increase.

Last Wednesday the Bank lowered its inflation forecasts in its latest quarterly Inflation Report, and said the annual figure was likely to fall below the target by the end of next year.

Inflation has been falling in the wake of lower commodity and energy prices, heavy discounting among retailers and a generally weak economy.