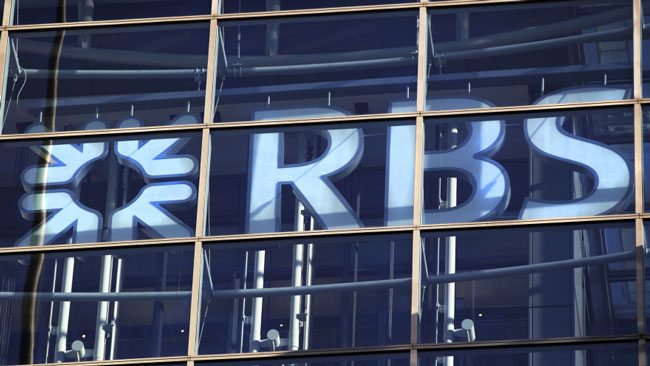 The chancellor faced criticism from Labour politicians and trade union officials that he should have waited for the bank to achieve more deep-rooted reform before embarking on a major privatisation.

The sale of some £2bn worth of shares to City investors – representing a stake of just over 5 per cent – is to take place overnight on Monday and should reduce the taxpayers’ shareholding to around 73 per cent once the initial tranche is sold off.

The chancellor had signalled in his Mansion House speech in June that he was ready to start selling the stake even though the shares were worth less than the £45bn the taxpayer paid for them. However, according to The Guardian, Osborne attempted to justify the sale on the basis that losses on RBS would be outweighed by profits from other bailouts.

The much-anticipated announcement was made after the stock market had closed on Monday, with RBS shares ending the day 1.3 per cent lower at 337p. This is below the average 502p at which they were bought in 2008 and 2009 – and indicates a loss of around £1bn on the portion being sold overnight. It was reported that they were being sold at 330p each.

If all the shares were sold at this price, it would represent a £15bn loss to the taxpayer. The precise value at which the shares have been sold will be announced on Tuesday morning once fund managers around the globe have agreed to buy them.

Osborne sanctioned the sale of the first 600m shares on the advice of James Leigh-Pemberton, the head of UK Financial Investments, the body which looks after the taxpayer stakes in the bailed-out banks.

The Treasury said: “UK Financial Investments [UKFI] advised the chancellor on Monday that it would be appropriate to conduct the first sale of the government’s shareholding in the Royal Bank of Scotland. The chancellor agrees with that advice and has authorised the process to begin.

“The government set out its objectives for its shareholdings in the banks in the chancellor’s annual Mansion House speech in June 2013 – getting the best value for the taxpayer, maximising support for the economy and restoring them to private ownership – and as set out in that address, the government will only conclude a sale if these objectives are met.”

The shadow chancellor, Chris Leslie, said Osborne needed to justify the price, especially as the bank had warned it faces a penalty from US regulators relating to the sale of US mortgage bonds. “Labour has always supported the eventual return of RBS to the private sector, but taxpayers who bailed out the bank will want their money back and will be suspicious of any fire sale,” he said.

Only days after RBS had warned that it faced the punishment in the US and a raft of further penalties, officials at the Unite trade union urged the government to hold on to its stake. Rob MacGregor, national officer for finance at Unite, said: “As long as mis-selling remains and the lessons of 2008 are ignored, it is reckless for the chancellor to sell off the public stake and give up the potential for scrutiny and transparency that should come with it.”

But Simon Walker, head of the Institute of Directors, welcomed the sale as “another step towards recovering what should be the normal position, where the taxpayer does not own significant numbers of shares in the high street banks”.

The release of the bank’s first half figures on Friday had provided the first opportunity to start selling shares, even though the bank reported a loss of £153m as it was hit by £1.3bn of charges to cover fines and compensation to customers.

A price of 407p has also been been cited as a breakeven level for the government stake while UKFI has indicated that if all the fees paid by RBS to the government are included, the breakeven price could be 441p.

UKFI had told Osborne when he presented his budget in July, his first in government with a Conservative majority, that at least £2bn of share sales could be achieved by April 2016. Under the terms of the sale announced by UKFI no more shares in RBS will be sold for 90 days although this does not preclude further share sales before April.

The sale of Lloyds Banking Group shares started two years ago and on Monday the Treasury stake sunk to below 14 per cent after another portion of shares were sold. The stake stood at 43 per cent at the time of the bailout, when Lloyds was rescuing HBOS.

Osborne said: “It’s fantastic news that we’ve sold more shares in Lloyds bank, taking the total recovered to almost £14bn. I am determined to build on this success, and to continue to return Lloyds to the private sector and reduce our national debt.”