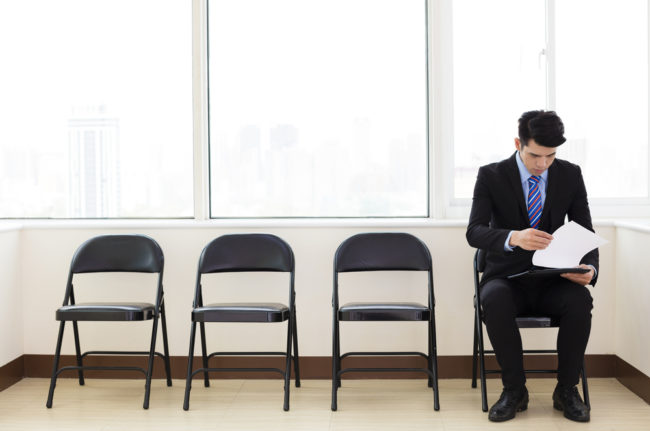 Employers in the UK are struggling to fill vacancies after the sharpest drop for more than a year in the number of available candidates, according to a report that points to more recruitment difficulties ahead once Brexit bites.

The Guardian reports that even before the potential restrictions on immigrants once the UK leaves the EU, firms are reporting skills shortages across a range of more than 60 roles, including engineers, IT specialists, care workers and accountants.

The Recruitment and Employment Confederation (REC) said its latest monthly snapshot of the jobs market found vacancies continued to rise in April for permanent and temporary staff, albeit at a softer pace than in March, reaching their weakest levels for 16 months.

The REC chief executive, Kevin Green, said the continued evidence of skills shortages put the onus on the government formed after June’s election to invest in training and career advice and to ensure employers would still be able to access workers from abroad once the UK left the EU.

“Demand for staff is growing within all sectors and all regions of the UK, but there are fewer and fewer people available to fill the vacancies,” Green said.

“We have the lowest unemployment rate since 2005 and people already in work are becoming more hesitant about moving jobs amid Brexit uncertainty. Meanwhile, the weakening pound and lack of clarity about future immigration rules is putting off some EU nationals from taking up roles in the UK.”

The report was compiled for REC by the consultancy IHS Markit using data from a panel of 400 recruitment firms. It showed demand for staff rose sharply across the private sector in April, but declined across the public sector. There was a slowdown in the number of people placed into permanent roles but a pick-up in those getting temporary or contract roles. The pace of expansion for temporary placements was the fastest since December.

The signs of rising demand for temporary staff will fan fears about economic insecurity for UK workers as many find themselves struggling to make ends meet because they are on zero-hours contracts or taking work on a self-employed basis with no access to holiday or sick pay. In response to such worries, Theresa May last year commissioned a review of modern employment from Matthew Taylor, the head of the Royal Society of Arts (RSA).

Taylor, the former head of Tony Blair’s policy unit, is due to publish his report in the summer but will provide a flavour of his findings in a speech on Tuesday. At his annual RSA lecture, he will call on policymakers and employers to make all work “good work” – which he defines as “fair and decent, with scope for development and fulfilment”.

He will say: “Over recent decades, government work policy has focused primarily on getting people into jobs with, as current record employment levels attest, considerable success. Yet persistent scandals of bad working conditions, poor legal safeguards and job insecurity suggest that bad work is all too common. We need, therefore, to talk about quality of work and not just quantity.”