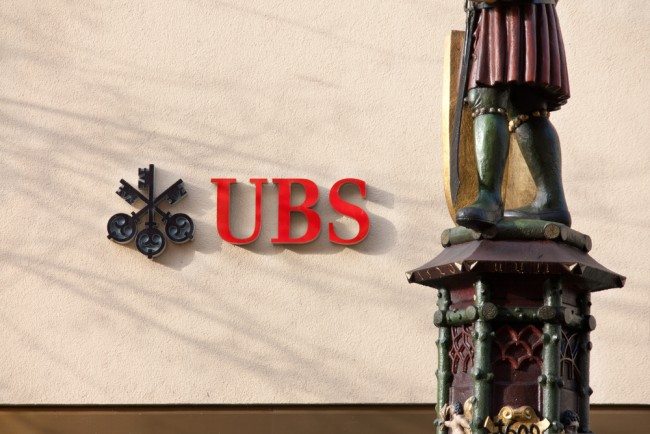 Senior directors at UBS wanted staff to rig Libor in order to portray a “position of strength” at the bank during the financial crisis, reports The Telegraph.

Tom Hayes, a former trader at UBS in Tokyo who is on trial for manipulating Libor, told officials at the Serious Fraud Office that the bank wanted to downplay the trouble it was in when the credit crunch hit, a court heard on Wednesday.

He had also claimed that Carsten Kengeter, who was the joint head of UBS’s investment bank at the time, was present at meetings when Libor manipulation was openly discussed. Mr Kengeter is now head of Deutsche Bö rse, the German stock exchange group.

“Senior management were keen to use Libor to effectively lie about their cost of borrowing by 50 to 100 [basis] points and portray a sense of strength,” Mr Hayes told investigators after his arrest in 2012.
The 35-year-old, who has pleaded not guilty to eight counts of conspiracy to defraud in relation to Libor, said manipulation was an open secret at the bank.

Libor – an interest rate benchmark based on estimates of borrowing costs from 16 banks, designed to reflect borrowing costs – shot up in 2008 when the financial crisis struck, as it became difficult for banks to find credit.

Mr Hayes said UBS managers told staff to keep Libor low, suggesting borrowing was cheaper than it was, in an attempt to make the bank appear more solvent than it was.

“The awareness of Libor manipulation at UBS went pretty high up,” he told the SFO in 2013, when he had agreed to co-operate with the fraud office.

“The solvency manipulation came from right on high, with messages coming down from group treasury and from the board.”