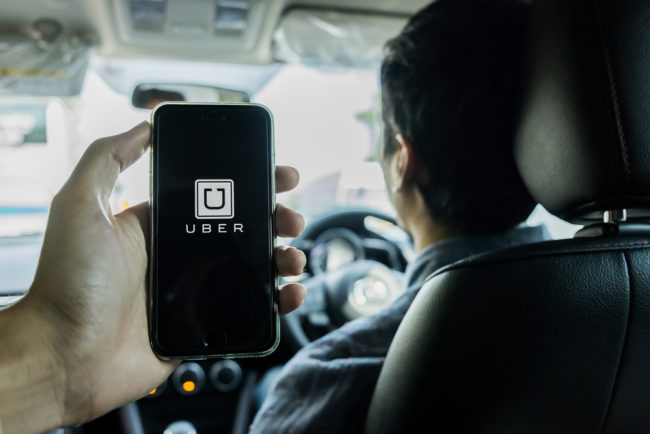 A group of minicab drivers, many employed by Uber, have joined black-cab drivers and unions in calling for improved workers’ rights to be a condition of Uber being able to renew its London licence later this month, The Guardian reports.

United Private Hire Drivers, which says it has 1,200 members and organised a go-slow protest blocking roads in the capital in November last year, is calling on Transport for London to insist Uber and other minicab drivers are guaranteed basic employment rights, including the minimum wage and holiday pay, under the terms of its new five-year licence.

The Uber drivers are joining calls from the GMB union and the Licensed Taxi Drivers’ Association, which speaks for London’s black cabbies, in calling for minimum employment rights and better regulation of operators.

Two drivers were backed by the GMB when they won an employment tribunal against Uber which ruled that its drivers were not self-employed contractors but workers , and were therefore entitled to the national minimum wage and holiday pay. Uber is appealing against the ruling.

James Farrar, who was one of the drivers involved in the GMB-backed case and co-founded UPHD, said: “TfL has avoided all responsibility for the abuse of workers in the licensed trade for far too long. Now the legal situation has been clarified, TfL and the mayor must take decisive action to protect workers in the interests of public safety by making worker rights protections a condition of Uber’s licence renewal.”

He added “Uber in turn also has a simple choice to make: obey the law on workers’ rights or forgo its license. It can be longer acceptable for TfL to literally license exploitation for London’s public transportation system.”

Steve McNamara, the general secretary of the LTDA, said organisation had written to TfL setting out a legal challenge against the renewal of Uber’s licence on the grounds it was not a fit and proper operator and was jeopardising public safety.

The GMB is also calling for TfL and other licensing authorities to ensure all minicab operators including Uber ensure their drivers have worker status.

“Licensing authorities have the ability to put in conditions for operators’ licences under local bylaws. We believe TfL can can put in a requirement for drivers to be guaranteed the rights of workers not just for Uber but all operators,” said the GMB national officer, Mick Rix.

But Rix admitted that changes to national legislation might be required as local authorities were afraid of a legal challenge against such bylaws.

Rix said the union would be lobbying the London mayor, Sadiq Khan, who has close ties to the GMB, but would also consider “alternative options” such as legal action if its demands were not met.

An Uber spokesperson said the “vast majority” of drivers using its app wanted to remain their own boss.

The spokesperson said: “Millions of Londoners rely on Uber to get a reliable ride at the touch of a button and thousands of licensed drivers make money through our app. More choice for consumers is a good thing and we believe that black cabs and apps like Uber can and should live side by side.
“Almost all taxi and private hire drivers in the UK have been self-employed for decades and with Uber they have more control over what they do.”

The company said it had recognised that drivers wanted more security and so had recently starting offering discounted illness and injury cover for drivers.

Despite the protests, TfL is expected to renew Uber’s licence.

Under proposed new rules for how much Uber and other private hire operators will have to pay for a licence, that could rise dramatically. Over the next five years Uber’s bill could rise from about £3,000 at present to more than £2m under the scheme, which would charge higher fees to operators with more cars. However, consultation on the new fees does not close until June and any new rules may not come into force for some time.

A TfL spokesperson said: “We do not comment on the status of individual licence applications.”