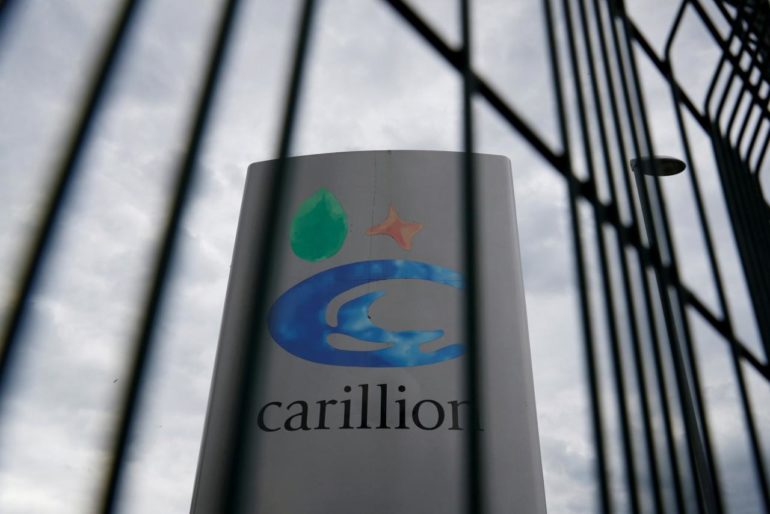 The construction firm Carillion, which is involved in a host of major government projects such as HS2 as well as vital public services including school dinners, has gone into compulsory liquidation, putting tens of thousands of jobs at risk.

Last-ditch talks by the company’s bank lenders at the weekend collapsed, even though emergency talks were hosted by the Cabinet Office, reports The Guardian.

Carillion said in statement to the London Stock Exchange: “Despite considerable efforts those discussions have not been successful, and the board of Carillion has therefore concluded that it had no choice but to take steps to enter into compulsory liquidation with immediate effect.”

An application was made to the high court for a compulsory liquidation of Carillion before the opening of business on Monday and an order has been granted to appoint the official receiver as the liquidator.

The accountancy firm PricewaterhouseCoopers (PwC) is expected to be appointed as special manager to act on behalf of the official receiver and handle the collapse of Carillion, which employs 43,000 people worldwide, including nearly 20,000 in the UK.

Rebecca Long-Bailey, the shadow secretary of state for business, energy and industrial strategy, told BBC Radio 4’s Today programme that big job losses could be avoided “if the government acts quickly and brings contracts back in-house”.

Carillion said the government would provide funding necessary to maintain the public services carried out by Carillion staff, subcontractors and suppliers. The government urged workers to go to work as usual and promised them they would be paid via the official receiver.

The firm is involved in many public infrastructure projects – from transport and health to education and defence – and provides other vital public services such as cleaning and catering in NHS hospitals, the provision of school dinners in nearly 900 schools and prison maintenance.

The Cabinet Office minister, David Lidington, said some services would be taken in-house while others would be handed to other operators “in a managed, organised fashion”.

He defended the government’s decision not to bail out the company and pointed to contingency plans drawn up following Carillion’s first profit warning in July. This means that contracts were drawn up so that if Carillion failed, other contractors would take over its responsibilities.

Rehana Azam, the national secretary of the GMB union, said: “The fact such a massive government contractor like Carillion has been allowed to go into administration shows the complete failure of a system that has put our public services in the grip of shady profit-making contractors.

“The priority now for the government and administrators is making sure kids in schools still get fed today – and our members still have jobs and pensions. What’s happening with Carillion yet again shows the perils of allowing privatisation to run rampant in our schools, our hospitals and our prisons.”

Labour and the Unite union called for an urgent inqiry into Carillion’s collapse. Unite also expressed concern about the impact on the wider supply chain, warning that many small firms were now at serious risk of collapse.

“PwC must put workers and suppliers at the head of the queue for payment, not the banks and certainly not the Carillion boardroom,” Unite said.

Jon Trickett, the shadow minister for the Cabinet Office, said: “Given £2bn worth of government contracts were awarded in the time three profit warnings were given by Carillion, a serious investigation needs to be launched into the government’s handling of this matter.”

Carillion ran into financial difficulties last year after issuing three profit warnings in five months and writing down more than £1bn from the value of contracts.

It has debts of about £1bn and a £600m pension deficit, and is being investigated by the Financial Conduct Authority over announcements made between December 2016 and July 2017.

Philip Green, the company’s chairman, said: “This is a very sad day for Carillion, for our colleagues, suppliers and customers that we have been proud to serve over many years. Over recent months huge efforts have been made to restructure Carillion to deliver its sustainable future.

“In recent days, however, we have been unable to secure the funding to support our business plan and it is therefore with the deepest regret that we have arrived at this decision.”