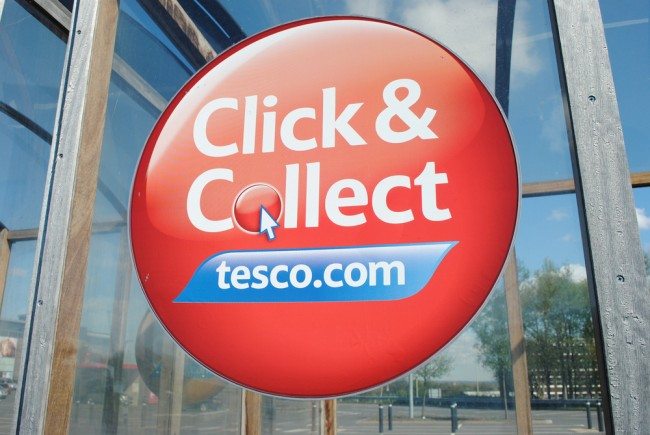 The grocer has slammed the brakes on 62 development sites across the country over the period as part of its efforts to cut costs while it struggles to turn the business around, according to figures complied by Barbour ABI exclusively for The Telegraph.

The Tesco figure is considerably higher than the 49 original sites that chief excutive Dave Lewis announced in January he was to jettison, as part of his overhaul of the supermarket giant. Mr Lewis also said at the time that Tesco would, as part of his radical shake-up, close 43 loss-making storesin a move that put 2,000 jobs at risk.

The number of abandoned stores is more than four times the highest figure of Tesco’s “Big Four” rivals: Sainsbury’s has abandoned 13 supermarket sites; Morrisons four; and Asda just two over the same period – a total of 19 against Tesco’s 62.

“It is indicative of the wider issues within Tesco that they are retrenching from some of their expansion plans”, said Michael Dall, economist at ABI. “The Big Four have an advantage because of their size already, but as they shelve stores it provides an opportunity for Aldi and Lidl to move into new areas while they concentrate on other parts of the business”, he added.

German discounters Aldi and Lidl have submitted 428 new build applications between them over the same time frame and have abandoned just four as they carry on expanding, Mr Dall added.

Senior grocery industry sources said that the development and opening of a new supermarket site was a laborious, lengthy process, involving complex planning applications and frequent appeals by local councils, particularly around the promises to improve communities and infrastructure.

Mr Lewis’ predecessor, Phil Clarke, had attempted to steer Tesco away from its rampant expansion programme by stopping the construction of big new supermarkets, as shopping habits saw customers shift away from trips to out-of-town mega supermarkets towards more frequent shops at convenience stores. In April, Tesco delivered one of the biggest annual losses in British corporate history after suffering a £4.7bn wrtiedown on the value of its supermarket estate.

“Tesco was more aggressive in the race for space than its rivals”, said Ian Anderson, senior director of planning at CBRE. “Because of the market conditions at the moment the abandoned sites are now presenting an opportunity to rivals and other developers who might turn them into mixed development complexes which could alleiviate the housing crisis in some areas”, he added.

In April, Tesco was forced to pay a £9m settlement to two local councils after shelving plans for a new store in Bridgwater in Somerset. The supermarket chain has come under fire particularly for abandoning a new supermarket plan in Kirkby, Liverpool.

“We regularly review our property development plans,” said a Tesco spokesman. “In January 2015 we announced we would not proceed with 49 planned new store developments across the UK. We are working with local authorities to find appropriate alternative uses for sites and consider all options.”