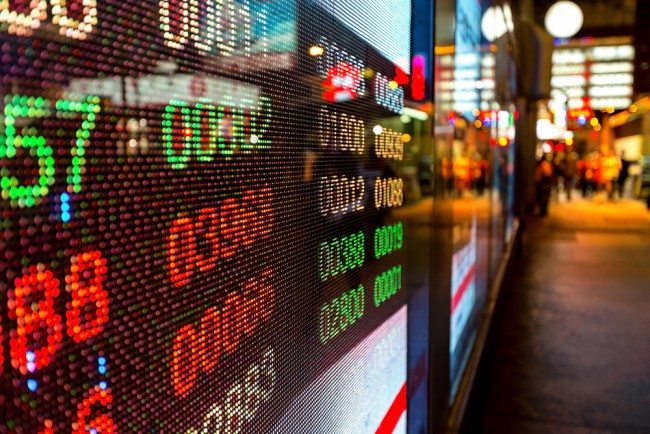 Global stockmarkets surged for a second day yesterday, recovering most of the losses they suffered in Monday’s crash after the Chinese authorities bought shares to prop up prices and figures showed US growth surging ahead. The mood was helped by signals from the US central bank on Wednesday that it was unlikely to raise interest rates if the turmoil continued for much longer.

The Shanghai stock market gained 5.3 per cent, its biggest gain for eight weeks, to continue a global rally that has ended two weeks of relentless selling leading up to China’s Black Monday this week. Yesterday Britain’s blue chip companies gained £60bn as the FTSE 100 index climbed 3.6 per cent to 6192. The one-day rise was the sharpest in percentage terms since October 2011. European exchanges finished more than 3 per cent higher and at 18.00 BST the Dow Jones in New York was up 2.2 per cent at 16,641.

According to The Guardian, figures showed that the US economy had picked up the pace of growth in the three months to the end of June, to an annualised 3.7 per cent. The sharp rise beat economists’ estimates as businesses ramped up investment.

But it was a question-and-answer session with US central bank official Bill Dudley on Wednesday that gave the biggest boost to confidence when he hinted that interest rates would stay low for longer. The prospect of cheaper credit lasting possibly into next year cheered stock markets that had previously predicted a rate rise following the Federal Reserve’s meeting next month.

Analysts remained divided over what would be the next phase in the stockmarket saga that started two weeks ago after a surprise devaluation of the Chinese currency. London-based consultancy Capital Economics said economic fundamentals in Asia were stronger than the recent sharp fall in shares would suggest. But Albert Edwards, a renowned observer of the Chinese economy, said the two-day stockmarket rally had brought temporary respite in a bear market that would continue losing value.

Edwards, an economist at investment bank Société Générale, warned investors that they were deluded if they thought that the west could avoid being affected by problems in emerging markets, or that central bankers could successfully come to the rescue by cutting the cost of credit to boost consumer and business borrowing.

Laith Khalaf, senior analyst at Hargreaves Lansdown stockbrokers, said that at the very least markets would remain volatile. “Black Monday was a truly dreadful day for stock investors, but it has been followed by a big bounce, with the FTSE 100 now back where it ended last week. It would be foolhardy to suggest we’re out of the woods yet, though, and share prices are likely to remain volatile for some time.”

Markets have endured some of the worst volatility since the financial crisis amid fears over China’s slowing economy. In an attempt to shore up flagging growth and stabilise stockmarkets, Beijing slashed interest rates this week for the fifth time in nine months.

The Chinese economy has slowed since last year, when Beijing began to restrict bank lending, especially to the property sector. The authorities wanted to prevent a housing crash, but found the economy more broadly beginning to slow. The country’s crucial manufacturers began to falter as the value of the yuan rose against the dollar, undermining the cheapness of their exports.

When figures showed exports had dived by more than 8 per cent in July, Beijing intervened, allowing the currency to fall more than 4 per cent against the dollar. Concerns that China could be trapped in a period of low growth turned to outright fear and triggered a selling spree on the Shanghai exchange.

Emphasising the fallout across the region from the slowing Chinese economy, Thailand, Southeast Asia’s second biggest economy, said it would speed up domestic investments on 17 projects worth $47bn.

Analysts will this weekend be keeping a watchful eye on a meeting of central bankers from the major trading nations in Jackson Hole, Wyoming, where they will discuss the path of the world economy.

Bank of England governor Mark Carney is due to speak at the gathering, though the contribution of deputy Fed chairman Stanley Fischer could support a further rise in stock values if he backs Dudley’s concerns about China and the likelihood of a slowdown in the world economy.