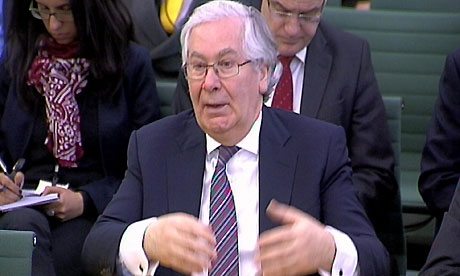 Sir Mervyn King has blown open the debate about the future of Royal Bank of Scotland by describing the current situation as “nonsense” and calling for the bailed out bank to be broken up into a good and bad bank.

Less than a week after the Edinburgh-based bank insisted it could be ready for partial privatisation ahead of the May 2015 election, the Bank of England governor laid bare his disagreement with the chancellor, George Osborne, over the future of RBS, saying the state-backed bank could not be sold off until it acknowledges the full scale of its bad debts.

Giving evidence to the banking standards commission, King said of RBS: “The whole idea of a bank being 82% owned by the taxpayer, run at arm’s length from the government, is a nonsense. It cannot make any sense”.

With three months left before he is replaced by Canadian Mark Carney, King said “nothing has been achieved” at RBS, apart from removing risk from its balance sheet, to return it to the private sector, reports The Guardian.

In an effort to get lending flowing to businesses, King said a “bad” bank could house all the troublesome loans. The taxpayer would retain that bank. The “good” bank that would be created could then lend to businesses and be rapidly privatised. King admitted this would require the government to take losses. “It is not beyond the wit of man to restructure RBS such that it could be sold back to the private sector relatively soon. It should not take more than a year. But that means accepting the losses,” he said.

“The lesson of history is that we should face up to it – it’s worth less than we thought and we should accept that and get back to finding a way to create a new RBS that could be a major lender to the UK economy,” he said.