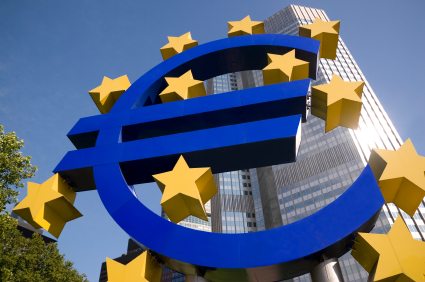 Two rescue funds are to be used to buy the debts of the troubled economies, the cost of which have reached record highs in recent weeks reports The Telegraph.

It is hoped that the move, which represents a substantial shift in policy for Germany’s chancellor, Angela Merkel, will send a strong signal to financial markets that Europe’s biggest economy is finally prepared to back its weaker neighbours.

Mrs Merkel and other European leaders have come under intense pressure at this week’s G20 summit to take radical action to stem the growing euro crisis which has pushed up the cost of Spanish bonds to unsustainable levels.
The communiqué issued at the end of the G20 summit, which finished in Mexico last night, said that European leaders had agreed to take action to bring down borrowing rates.

Previously, money in these funds — which has been provided by members of the single currency — has been used to bail out smaller European countries such as Greece, Portugal and Ireland. Governments in these countries were offered money directly in return for agreeing to austerity programmes. Under the new plan, the money in these funds will not be given directly to governments but will instead be used to buy up debts on the financial markets.

The European Central Bank previously bought about £170 billion (€210 billion) of bonds in this way but stopped last year. It is hoped the new plan will drive down the cost of Spanish and Italian bonds by showing that the eurozone is prepared to stand behind the debts of its members.

President Barack Obama met David Cameron and other European leaders yesterday to discuss the proposed deal and an EU-American trade deal.
François Hollande, the French president, said that Italy had proposed using the eurozone’s new permanent bailout fund to buy the debt of member states saddled with high borrowing costs and that this was an idea worth exploring.
“Italy has launched an idea which is worth looking at,” he said. The proposale will be discussed at a meeting in Rome on Friday between him, Mrs Merkel, Spain’s Mariano Rajoy and Italy’s Mario Monti.

“We are looking for ways to use the ESM for this. At the moment it is just an idea, not a decision. It is part of the discussion,” he said.

Mr Hollande said rates paid by Spain and Italy to borrow on debt markets were unacceptable. “We must show a much faster capacity for action,” he said.
Germany is reported to be willing to do more, but has not yet indicated its support for the proposal.

Experts said it was a step towards establishing shared eurobonds, where debt from across the single currency area is shared and effectively underwritten by Germany.

At a press conference to mark the end of the G20 summit, David Cameron welcomed the assurances given by eurozone leaders.

He said: “What I’ve sensed at this summit is that there is a fresh impetus – using all the mechanisms, institutions, firepower they have.”

He added that European leaders would put the future of the euro “beyond doubt”. White House sources indicated that a “new framework” to shore up the single currency would be unveiled at next week’s summit in Brussels.

Timothy Geithner, the US Treasury Secretary, said the new deal would help Spain and Italy to borrow money at lower rates.

Last night, George Osborne, the Chancellor, indicated that he was optimistic a deal could be agreed. “We will see what the eurozone announce over the next couple of weeks, but there is no doubt that they realise that individual measures in individual countries – like recapitalising Spanish banks and getting a Greek government that is in favour of staying in the euro and doing what is necessary to stay in the euro — are not by themselves enough,” he said.

“These are systemic problems in the eurozone which require a systemic answer and we need to see measures from the eurozone that help bring borrowing costs down, that help ensure that there are common resources transferred from richer countries to poorer countries, that the whole eurozone stands behind the banks of the eurozone.”

He added: “The eurozone is inching towards solutions. Basically, we do need to see the richer countries, like Germany, like Holland, spend some of their resources in propping up the weaker countries of the eurozone.